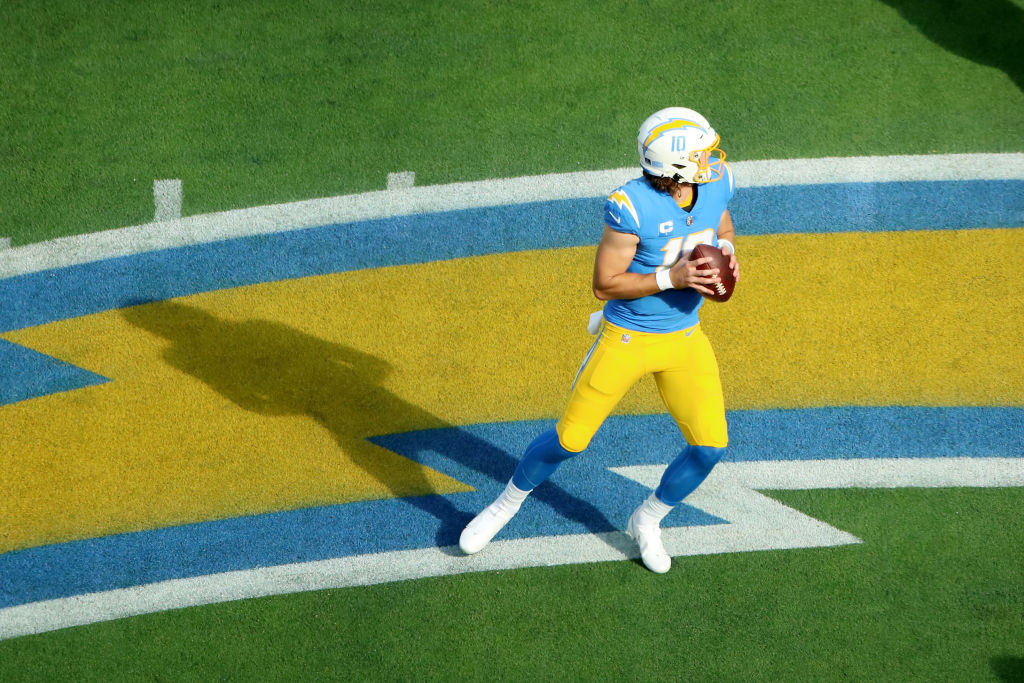 This is the first year in the National Football League where each team will play 17 regular season games. The NFL is deeming this week the Season Finale. Heading into this week six of the eight division winners have been decided, with the AFC East and NFC West still up for grabs. The Buffalo Bills and New England Patriots both clinched a playoff spot, but their games this week will determine who wins the division. If the Bills win against the Jets, they’re the East champions for the second year in a row. The Rams and Cardinals have both clinched a playoff spot as well and the Rams sit with a one game lead over the Cardinals for the NFC West.

The Wild Card spots get a little trickier and will be sorted out this weekend. In the AFC, either the Bills or the Patriots will likely be the 5th seed while the Colts, Ravens, Steelers, Chargers, and Raiders battle for the two remaining spots. The NFC has the Rams or Cardinals as the 5th seed and the Eagles have clinched a Wild Card spot, most likely the 7th seed. The 6th seed remains open between the 49ers and Saints.

Big Ben Roethlisberger had his emotional farewell at Pittsburgh’s Heinz field last week on Monday Night Football. In what will most likely be his last home game of his storied career, Roethlisberger and the Steelers beat the Cleveland Browns and kept their slim playoff hopes alive. The Steelers need help to get into the playoffs, but it starts with a win against the Ravens, along with a Colts loss and the Chargers vs Raiders not ending in a tie (yeah, right).

The Ravens were once atop the AFC, but now sit at 8-8 and outside the playoffs looking in. If the Ravens are able to win this week they need the Colts and Chargers to lose and the Dolphins to lose or tie in order to make the playoffs. It has been tough down the stretch for the Ravens, especially without star quarterback Lamar Jackson who hasn’t played since mid-December with an ankle injury. He still wasn’t practicing as of Wednesday which doesn’t bode too well for their chances.

The Steelers didn’t exactly look impressive on Monday Night, but did enough to win the game, which is all that matters. Defensive Player of the Year candidate T.J. Watt now has 21.5 sacks though he only played in 14 games this year. His four-sack performance against the Browns has put Watt two sacks away from setting the all-time record in the NFL. Sacks have only been an official statistic since 1982 and the current record is held by Michael Strahan who recorded 22.5 in 2001 for the New York Giants. The Ravens and backup quarterback Tyler Huntley will have their hands full taking on the fierce Steelers defense. Though Huntley has impressed NFL fans in his playmaking ability and poise in the pocket. Huntley has a passer rating of 93.8 which stands as an improvement from Jackson’s 90.7 this season.

The Indianapolis Colts need to win and they are in the playoffs as a Wild Card team. Head Coach Frank Reich and quarterback Carson Wentz will lead the Colts to back to back playoff appearances for the first time since their three year stretch from 2012-14. Running back Jonathan Taylor has been a breakout star in his second year and is a true MVP candidate heading into week 18. Taylor is +455 yards over expected which leads the league according to Next Gen Stats. Which means, given any other running back in his situations this season, Taylor has rushed for 455 more yards than would be expected. Truly impressive.

The Jacksonville Jaguars have had a tumultuous season. Their number one draft pick and franchise quarterback Trevor Lawrence has struggled this season and didn’t receive the developmental help from now fired coach Urban Meyer. Lawrence leads the league with 17 interceptions and has had to overcome the constant distractions of Meyer and the front office. Speaking of the front office, there are rumblings on social media of the disgruntled Jaguars fans planning a protest of General Manager Trent Baalke. Several thousand fans may dress up in clown costumes during the Jaguars final home game. Perhaps the demonstration and the fact that the Colts haven’t won in Jacksonville since 2014 will motivate the Jaguars to knock their division rival out of the playoffs. If not, the Jaguars can at least hang their hat on having the number one draft pick again this offseason.

The San Francisco 49ers are in a win-and-in situation, with no need to rely on other teams. They were hoping for a Cardinals loss last week which would have secured the division for the Rams and they may have rested starters this week. Alas, both teams will field their best (and healthiest) squads to battle for playoff positioning. Luckily for 49ers fans, they haven’t lost to the Rams since 2018. Rams fans will be hoping rookie quarterback Trey Lance starts again and struggles against a tough defensive line and lockdown cornerback in Jalen Ramsey.

49ers fans weren’t exactly disappointed with Lance’s performance last week and should be hopeful for another good performance. In his first ever start, Lance got the win and finished with the 6th highest passer rating and 10th highest completion percentage over expected according to Next Gen Stats. In the Rams final game of the regular season, wide receiver Cooper Kupp looks to break Calvin Johnson’s single season receiving record (1,964 in 2012). Kupp gave a measured and respectful response about the possibility of breaking the record with an extra game, calling for an asterisk for his record. Despite how historians ultimately decide to record the record, Kupp needs 136 yards to beat Johnson’s record, a mark Kupp has reached only three times this season. Kupp is still likely to finish this season leading the league in yards, receptions and receiving touchdowns, the triple crown.

This one is the most exciting games of the week and rightfully flexed to be the final game of the regular season. Heading into this week the Los Angeles Chargers are the 7th seed and final team in the playoffs for the AFC. The Las Vegas Raiders are on the outside looking in as the 8th seed. The winner of this game goes into the playoffs while the loser will be watching the playoffs from home. Unless…

There have been some wild scenarios in the NFL, but one particular scenario could align for this week that has sports fans and chaos enthusiasts buzzing. If the Indianapolis Colts lose to the Jacksonville Jaguars earlier on Sunday, the Colts would not be locked in the playoffs and both the Raiders and Chargers could be Wild Card teams IF they tie. That’s right, before the Chargers and Raiders kickoff they will know the outcome of the Colts game. If the Colts lose, mathematically the Raiders and Chargers will be the Wild Card teams if the game ends in a tie (which can happen in the regular season). There are some sports fans out there (myself included) who are excited by the possibility of having the most chaotic outcome. The Chargers and Raiders should then play for a tie to ensure they both are in the playoffs, instead of competing and possibly getting eliminated. Outside of divisional rivalry, there is little motivation for the teams to compete if the Colts lose. Both teams should come out in the game and kneel the ball consecutively for 60 minutes, tie at 0-0, and both rest for the Wild Card playoff match the following week.

Will it happen? Probably not. First, the Jaguars need to win and then you would need two professional teams to trust each other enough to agree not to compete and play for a tie. Unless the tie is agreed upon ahead of time (and in secret) I doubt one team would trust the other enough to play it out. Even then, playing for a tie often results in a loss so tread carefully. Further burying the coffin, Chargers Head Coach Brandon Staley commented on the Rich Eisen show that he and the players respect the game too much to try to only play for a tie. Either way, fans can hope there is some uncertainty and chaos involved in this Season Finale.

Share this:
PrevPreviousThe Bundesliga returns with much to play for: Mid-season review
NextNCAA Men’s Basketball: Checking in on last year’s Final FourNext