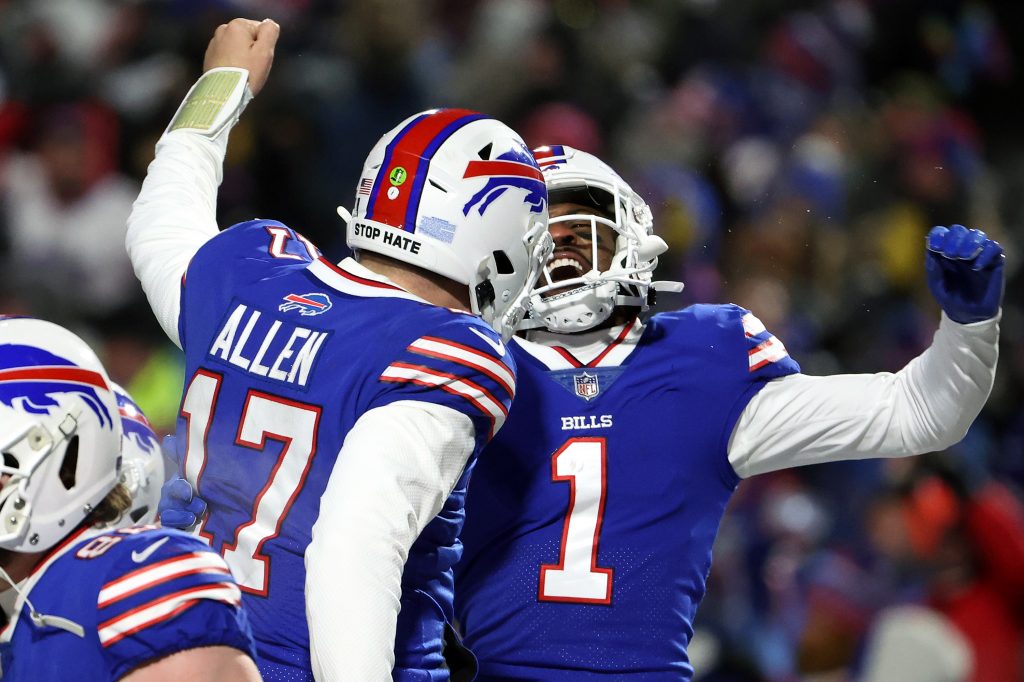 The NFL playoffs have officially begun. After an especially wild Week 18, the Wild Card round left much to be desired, assuming of course what you desire is close-scoring, climactic football. With only eight teams left, the playoff field is thinning out. Without further adieu, here is your recap of all of this week’s action. If referee Jerome Boger is reading this, please save all whistling and applause until the end.

At the end of the Lion King, when Simba returns from exile and unseats his uncle Scar to reclaim the throne, it begins to rain on the desolate Pride Rock, symbolizing the cessation of privation and the fecundity of hope. All of this is to say, I would not be surprised if it doesn’t stop raining in Cincinnati for the next week. After 31 pain-staking years, the Cincinnati Bengals were finally able to secure a playoff victory, besting the Raiders by a score of 23-16. QB Joe Burrow, who in only his second season in the NFL has turned the once-laughable Bengals into contenders, passed for 244 yards and two touchdowns. That is not to imply, however, that it has only been Burrow’s legwork that has righted the fate of the Bengals. In a sight that would have David Attenbourough questioning everything he has ever learned about nature, the Bengals got help from one of their most-unlikeliest allies, the zebras. On a second quarter touchdown pass from Burrow to WR Tyler Boyd, a premature whistle from the refs rang out moments before Burrow attempted his pass, meaning the touchdown should not have counted as the play had been blown dead. The play, however puzzlingly it was, stood.

Let’s run it back in Tennessee. pic.twitter.com/Mb2HFqkgnF

Not to be outdone, the Raiders, a team that has fended off death this season more times than Rasputin ever did, had a potentially game-tying touchdown intercepted on the goal line in the dying moments of the game, putting an end to their whirlwind of a season. Next week, the Bengals will head to Tennessee to take on the Titans. As for the Raiders, they will now have to determine whether they want to retain interim Head Coach Rich Bisaca, or find a new man for the job. If it is the latter, I recommend that unlike the last time they hired a permanent head coach, that they find a coach with a little less… controversy, shall we say.

Bills beat up the Patriots, cement changing of the guard

In Week 13, in the midst of absolutely hellacious weather, the Patriots opted to run the ball over 45 times in their 14-10 win against the Bills on Monday night. The game was a total embarrassment for the Bills as they could do nothing to stop the run. Suffice it to say, the Bills got their payback and more in the wildcard round, clobbering the Patriots by a score of 47-17. The Bills made NFL history, scoring a touchdown on each of their first seven drives. QB Josh Allen accounted for over 370 yards of offense and passed for five touchdowns. 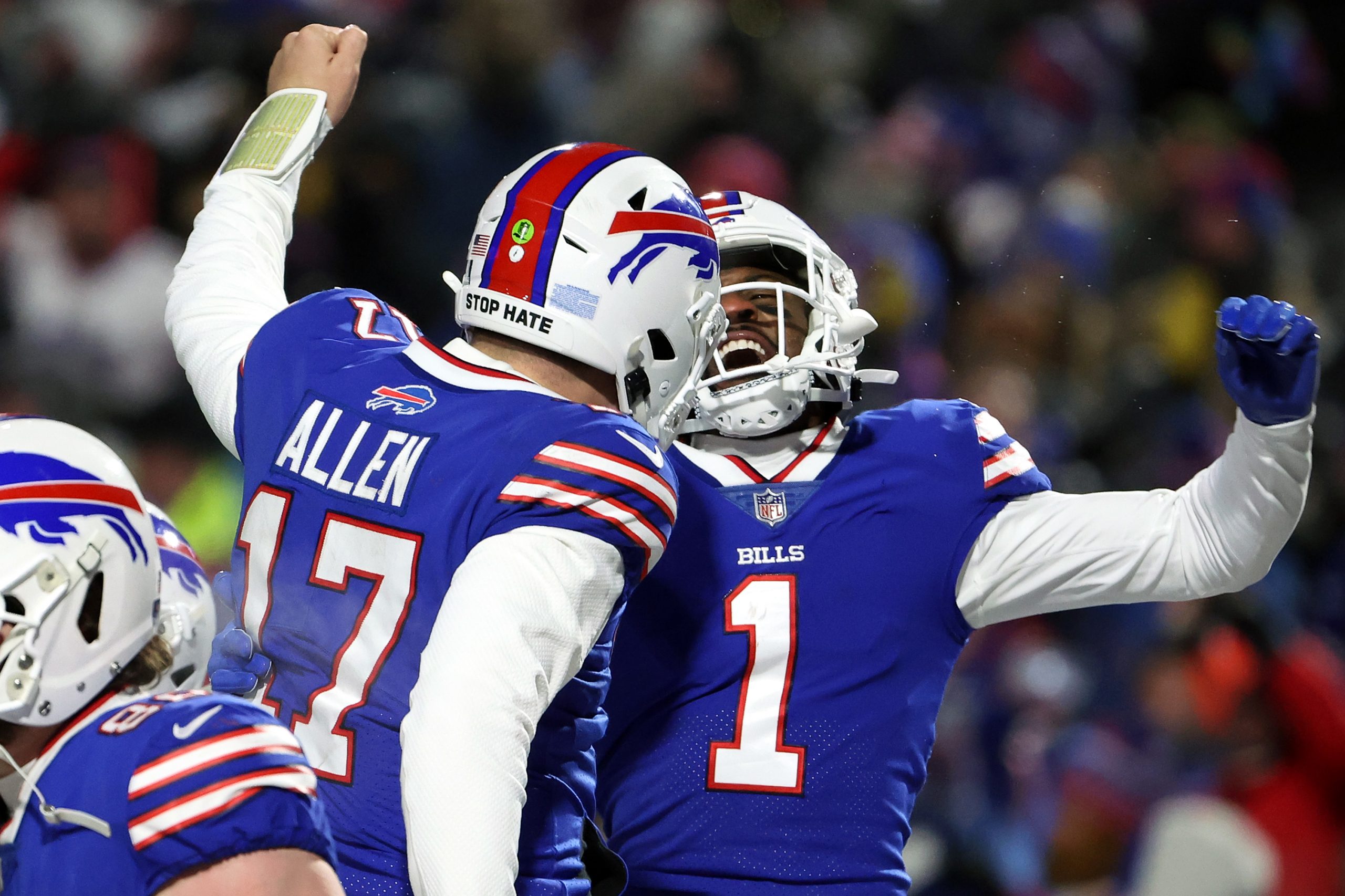 This game helped cement the new world order of the AFC East. After two decades of dominance by the Patriots, the Bills look primed to be the new hegemon of the AFC East. The Patriots, though, far outplayed expectations this season, causing people to wonder whether they had mistakenly written off the most-dominant sports franchise of the 21st century. By the end of the game, it was clear that the changing of the guard was complete. The Patriots, despite what their name suggests, clearly aren’t true patriots as they did not attempt to baselessly overturn the result of the game by storming the league office, throwing a fire extinguisher at Commissioner Goodell and demanding a score change.

In a game that was never really close, the Buccaneers thumped the Eagles, opening their bid to repeat as Super Bowl Champions with a 31-15 victory. The Buccaneers defense forced three turnovers and never allowed the Eagles offense to get in a rhythm. The Eagles, who hadn’t faced a quality team at full strength in about three months, looked completely out of sorts and will need to develop some semblance of a passing game if they ever hope to improve past the Wild Card round.  As for the Buccaneers, much has been said about their late season staggering. First, a slew of injuries sidelined some of Brady’s favorite weapons. Then, Antonio Brown shockingly quit football to join Broadway to perform his one-man rendition of “One Flew Over the Cuckoo’s Nest.” Lest you write off the Bucs, I figure that they will continue to be a difficult out as long as the portrait Dorian Gray has of Brady remains untorn.

49ers survive against the Cowboys, head to Lambeau to face the Packers

In what was the game of the week, the 49ers survived a late rally by the Cowboys with a 23-17 victory to advance to the divisional round. The 49ers looked to have the game sewn up early, entering the fourth quarter with a two-score lead. A series of mishaps: first an interception by QB Jimmy Garoppolo and then a false start on a potentially game-winning fourth down attempt, allowed the Cowboys a chance for the come-from-behind victory. Time, however, would run out on the Cowboys’ season. In an absolutely bizarre play call with 14 seconds left, QB Dak Prescott gained 17 yards on a QB draw, which would ultimately serve as the last play of the Cowboys’ season after they were unable to get set at the line of scrimmage before time expired. The play call, though, makes much more sense if you consider the fact that Head Coach Mike Mccarthy believed he had discovered a way to bend the space-time continuum. The space-time continuum, a concept originating from Einstein’s String Theory, has long piqued the interest of the world’s greatest minds. It makes perfect sense, then, that Mike Mccarthy, a middling football coach, would be the man to pick up where Einstein left off.  It is either that, or Mike Mccarthy got the little hand of the clock confused with the big hand. It happens to the best of us, Mike! 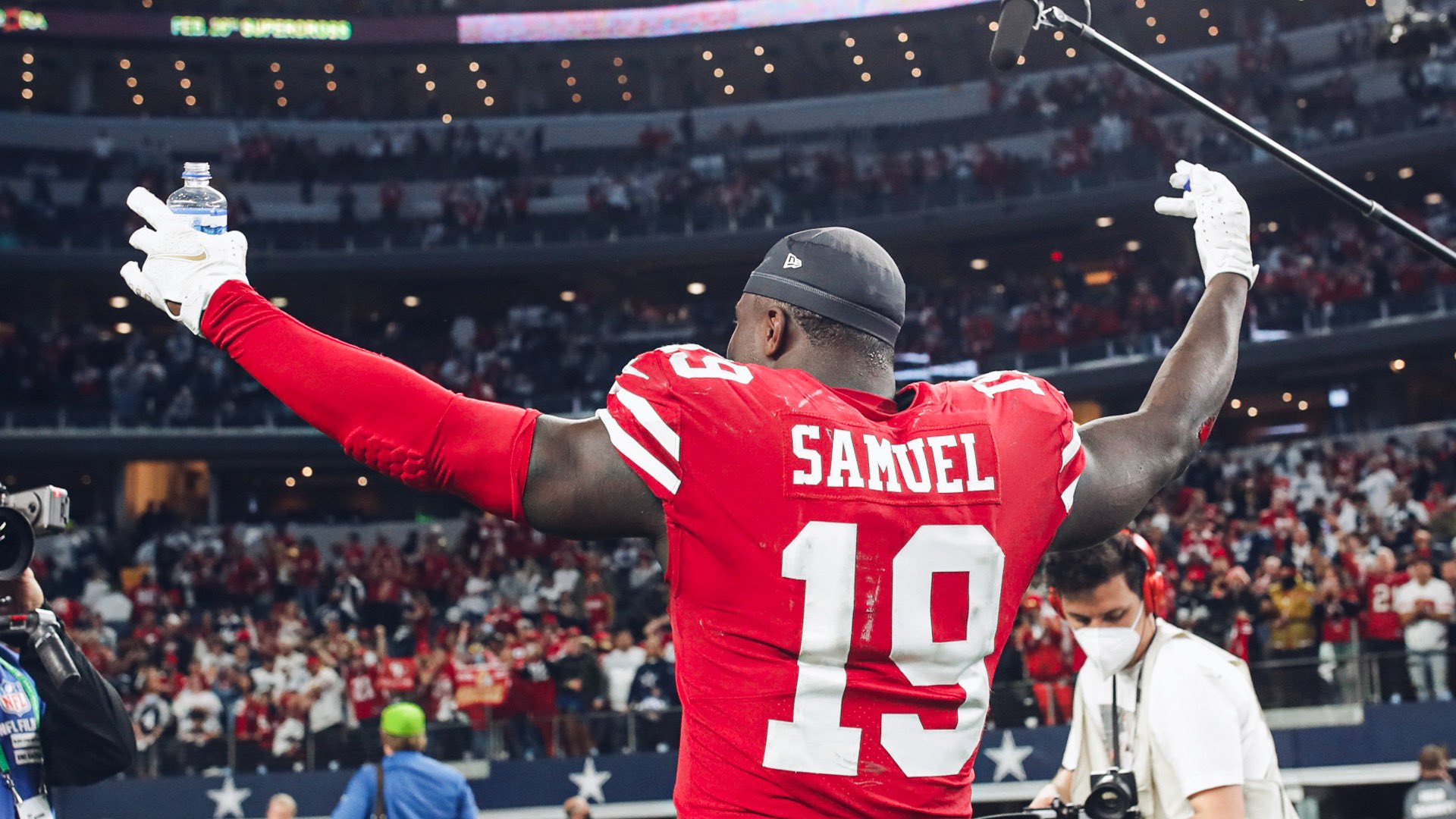 Chiefs carve up the Steelers, give Roethlisberger his walking-boot papers

During the week, Steelers’ QB Ben Roethlisberger joked that the Steelers may as well have fun going against the Chiefs as their odds of an upset looked slim-to-none. If I have to be honest, the Steelers didn’t look to be having fun Sunday night, losing to the Chiefs 42-21. The game, which will likely serve as Roethlisberger’s last, was over by half-time. Sure the Steelers got off to a 7-0 lead when DE TJ Watt recovered a fumble for a touchdown in the second quarter. But you couldn’t help but feel that the Chiefs were never really in danger. QB Patrick Mahomes passed for over 400 yards and five touchdowns, and the Chiefs look very capable of advancing to their third straight Super Bowl. It is fair to wonder whether we really want that to happen. As long as I have watched football, the AFC has been dominated by the triumvirate of Brady, Manning and Roethlisberger. With Manning on his sofa, Brady in the NFC and Roethlisberger on his way out, I am less than thrilled that yet another AFC-beater appears to be waiting in the wings. On the brightside, more Chiefs’ victories mean more Jackson Mahomes tik-tok videos, and I think I speak for the whole world when I say that you can never have enough of those!

Rams ravage the Cardinals, set up a rematch with the Bucs

In an after-school PSA I once watched, I learned that what matters in life is not how you start but how you finish. Clearly, the Arizona Cardinals players did not have access to the same channels I did growing up. After starting the season 7-0, the Arizona Cardinals flamed out of the playoffs, losing to the Rams by a score of 37-11. The story of the game was the Cardinals’ sheer incompetence on the offensive side of the ball. QB Kyle Murray managed to throw for only 137 yards, while tossing two interceptions, one of which was returned for a touchdown. Rams QB Matthew Stafford got the first playoff victory of his career, and he and the Rams will look to keep it rolling against the Bucs next week in Tampa Bay. 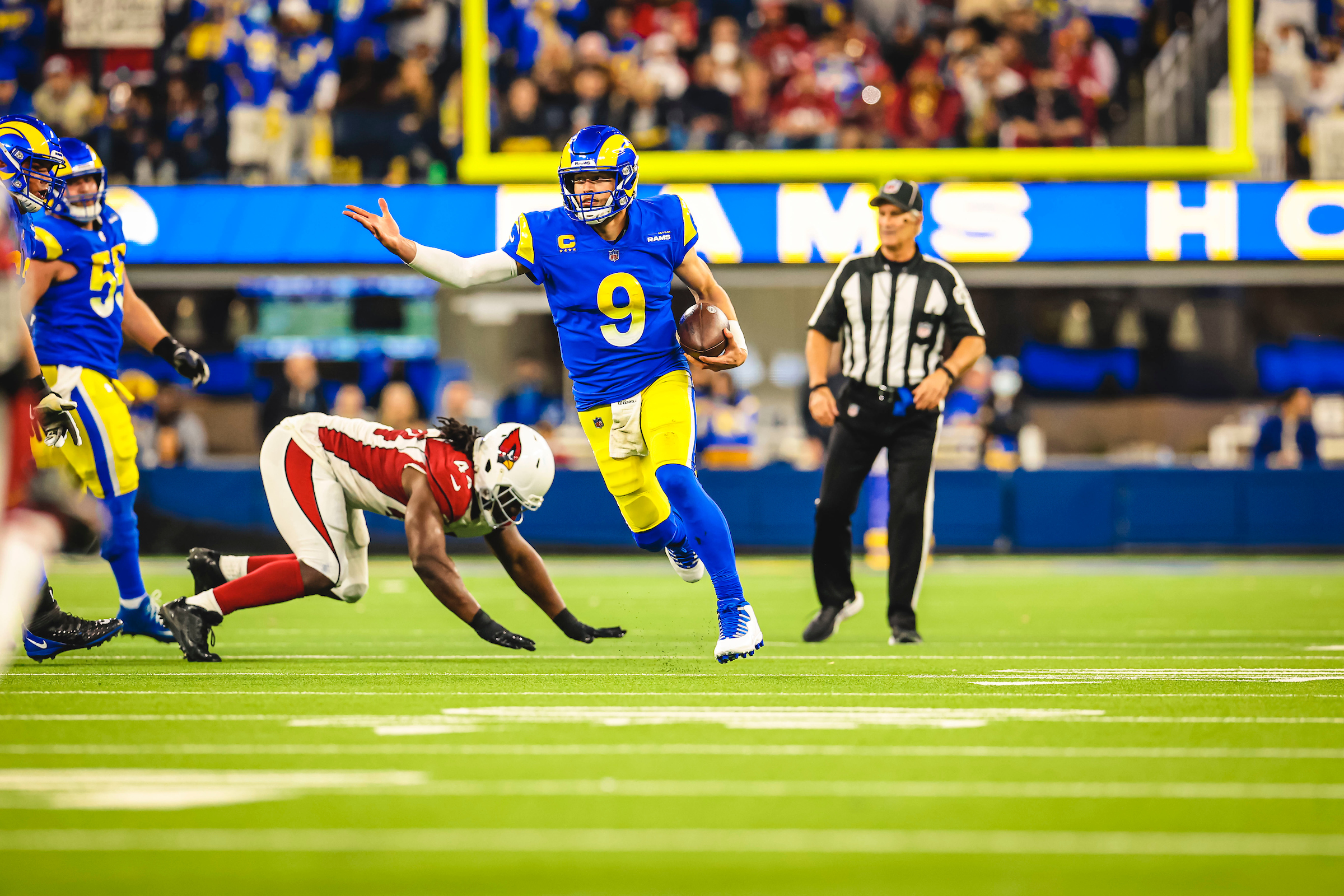 Share this:
PrevPreviousEredivisie roundup, matchday 19: No mistakes for Ajax and PSV; Vitesse close in on Feyenoord
NextBielsa’s conundrum: The numbers behind Leeds United’s puzzling seasonNext