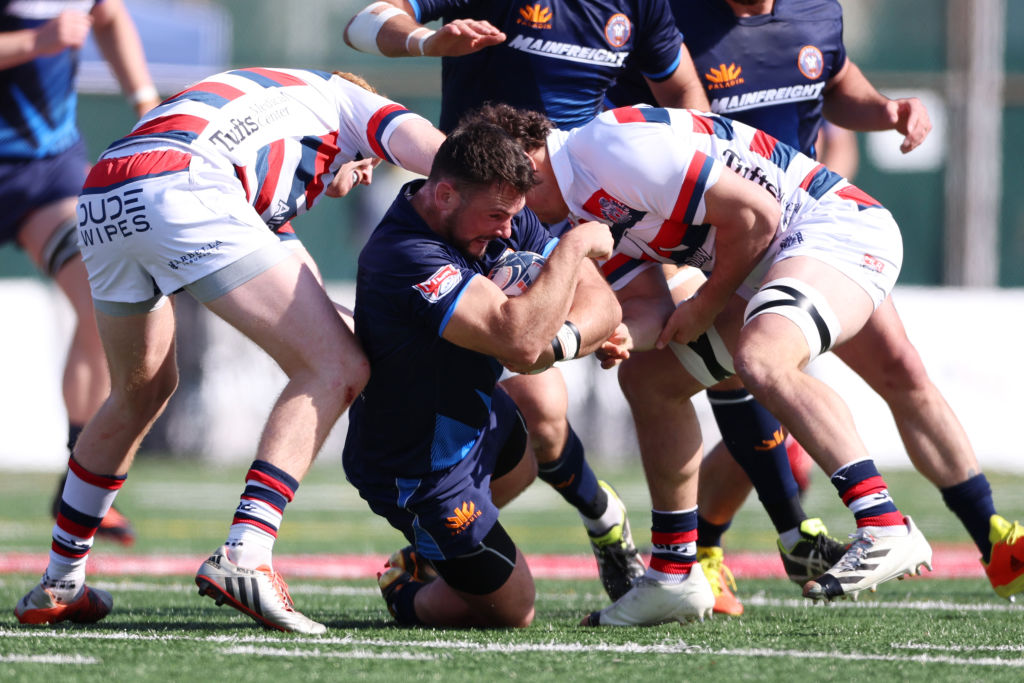 Beaudein Waaka top scored with 14 points to move him second in the leaderboard for points scored this season as New England edged Rugby New York in a tight Major League Rugby encounter.

It was a pivotal game for Rugby New York who needed a victory to stay in contention with New England and ATL for a play-off place. However, they were undone in the first half.

Free Jacks took a 17-7 lead heading into the second half, after a few aesthetically pleasing attacking tries. The pick of them came from Waaka who scored a beautiful try off his own chip to chase down and beat four New York defenders.

Unbelievable from Beaudein! He makes it 17 unanswered for the @NEFreeJacks and @rugbynewyork now has a player in the bin!

It was a pulsating game in the second half, with both teams scoring try after try to setup a fantastic finish.

Rugby New York had a 26-24 lead with four minutes to go, but New England seem to have something different about them compared to other sides this season. This time their backs combined perfectly to find the space, and unlock a determined New York defence, to score and take the final result to 29-26 in favor of the Free Jacks.

Old Glory thrash Dallas to leave the Jackals winless in 11

Old Glory make it two wins from two and continue to leave Dallas winless in their inaugural season.

Old Glory scored eight tries to record their biggest victory of the season so far. They bossed Dallas on overall attacking play (144 to 101 passes) as well as ball carries (131 to 84) and breakdowns won (93 to 77).

This was Dallas’ best chance for a victory this season, but it petered out to be one of their worst performances of the campaign. They will take some positivity in their attacking play, but this is not a defensively cohesive team.

They are now playing for pride and will hope they can find a win from their remaining games. 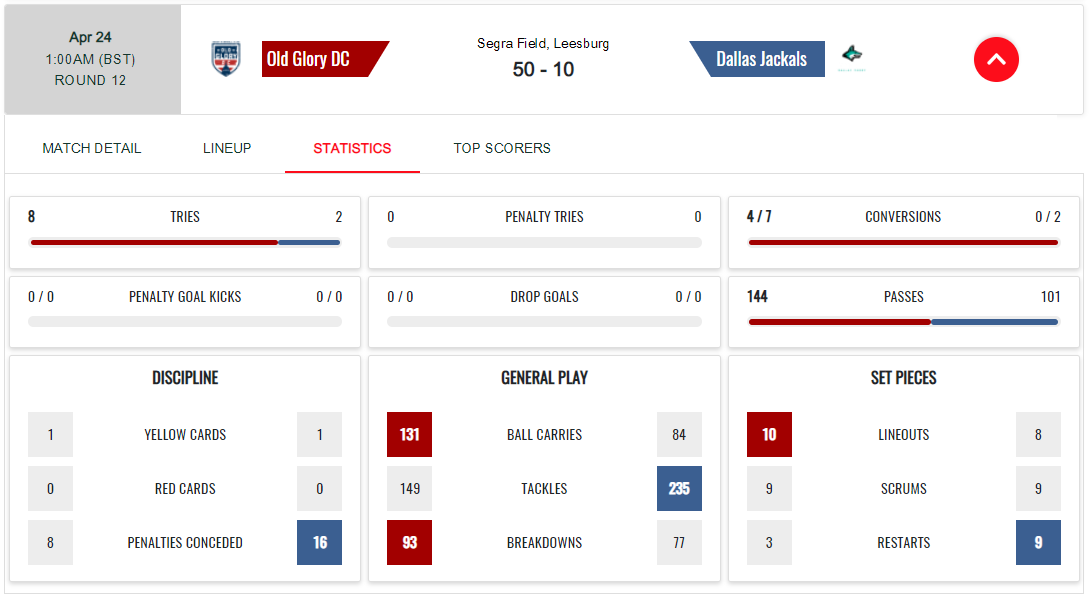 It’s now three losses in a row for San Diego who saw their grip on second place quickly fade away.

On the other hand, Rugby ATL edge closer to play-off glory. Their forward pack were pivotal in a strong defensive and attacking display, which helped them control the game.

ATL fullback, Joaquin De La Vega Mendia top-scored with 1 try and a penalty kick (8 points), while Marko Janse van Rensburg completed another try to keep him joint top of the try-scoring leaderboard, with eight so far this season.

Influential former New Zealand international Ma’a Nonu couldn’t salvage a win for Legion, although he put in a convincing performance to finish with 48 metres kicked and 9 tackles completed.

The race for the Western Conference play-offs are heating up as Seattle move into third and look to chase down LA with a vital win against the Warriors.

It was a tight, competitive encounter with both teams fighting all the way to the end. Up until the 62nd minute Utah had a 14-13 lead, but a fantastic attacking try with quick ball movement in the midfield allowed Hattingh Riekart to power over and Seattle held on to the end.

Utah flanker, Lance Williams celebrated his 50th cap with a try, 12 tackles and 67 metres ran, but couldn’t help his team fight for a victory.

Both teams refused to back down all the way to the final whistle, but @SeawolvesRugby managed to secure a victory over the home side @utwarriorsrugby.

Like Seattle, the SaberCats have put themselves in a position to fight for the second play-off place in the Western conference with a fantastic victory over Toronto.

With Toronto now 10 points behind ATL in 2nd and having played a game more, it’s looking like their play-off hunt could be coming to an end. Forward, Lolani Faleiva scored two of their three tries, but they couldn’t convert their man advantage and penalty count to beat 14-man Houston.

Van der Schyff played a pivotal role in the @Hou_Sabercats‘ win over Toronto this weekend earning him the title of Player of the Week 💥 #MLR2022 | #RiseOfRugby pic.twitter.com/JpPyKH3dnk

The Gilgronis continue their dominant streak with a convincing victory in New Orleans.

A solid foundation of rugged defence and a kicking game to outsmart NOLA Gold, proved a winning formula for Austin who have now won four games on the bounce.

Gilgronis hooker, Hugh Roach finished with 1 try, 75 metres kicked and 6 ball carries to guide his team to a 32-10 victory and prepare for a Western match up against Seattle in Round 13. 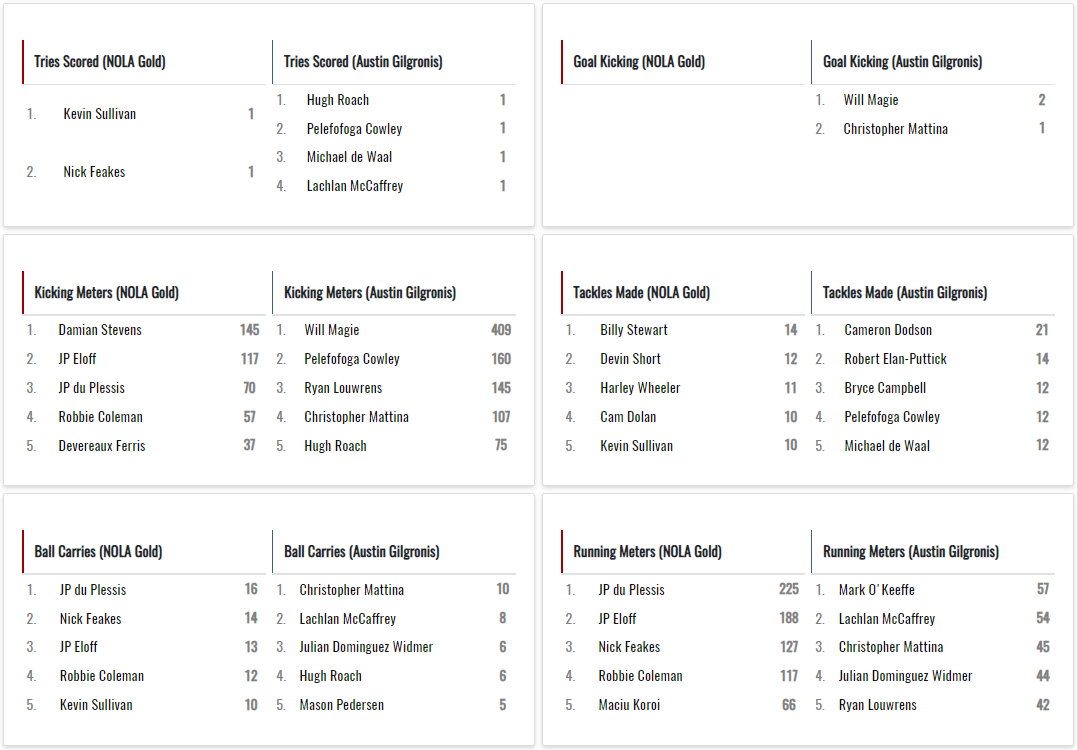 In a repeat of last season’s Championship game, Rugby ATL and LA Giltinis face off again both with hopes of securing their position for the post-season play-offs.

The key player to look out for from LA will be number 8, Hanco Germishuys. He is in scintillating form having scored tries in four of the last five games played for the Giltinis to leave him joint top of tries scored with seven for the season.

He is joint top with Rugby ATL hooker, Marko Janse van Rensburg. The South African has had a fantastic season so far and is a key player both in defence and offence for Atlanta.

LA are on a fantastic run, but this is the biggest test they’ve had for a few games. ATL are a formidable force at home and while it will be a close encounter the pressure is on Giltinis to get a win. The race for second is close in the West with only five points separating 2nd to 5th. While ATL have an eight-point advantage over Rugby New York in third in the East.

Prediction: Rugby ATL to win by 3

You can catch the highlights of all Round 12 fixtures on the Major League Rugby YouTube channel here. 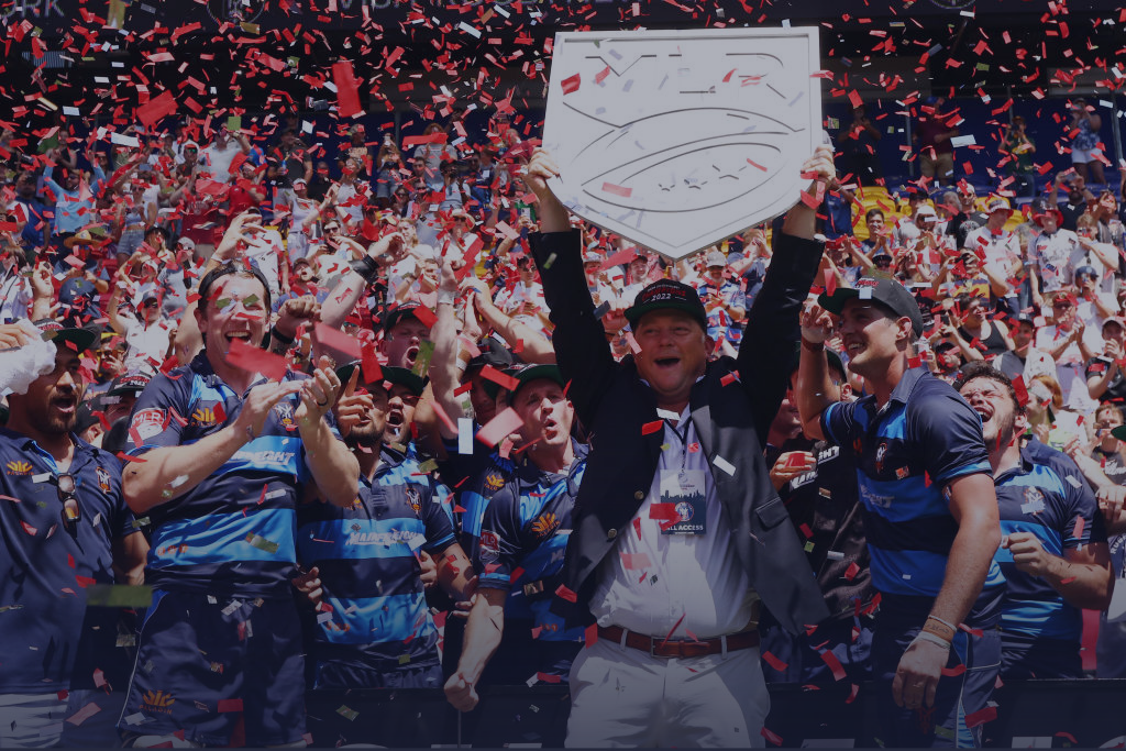 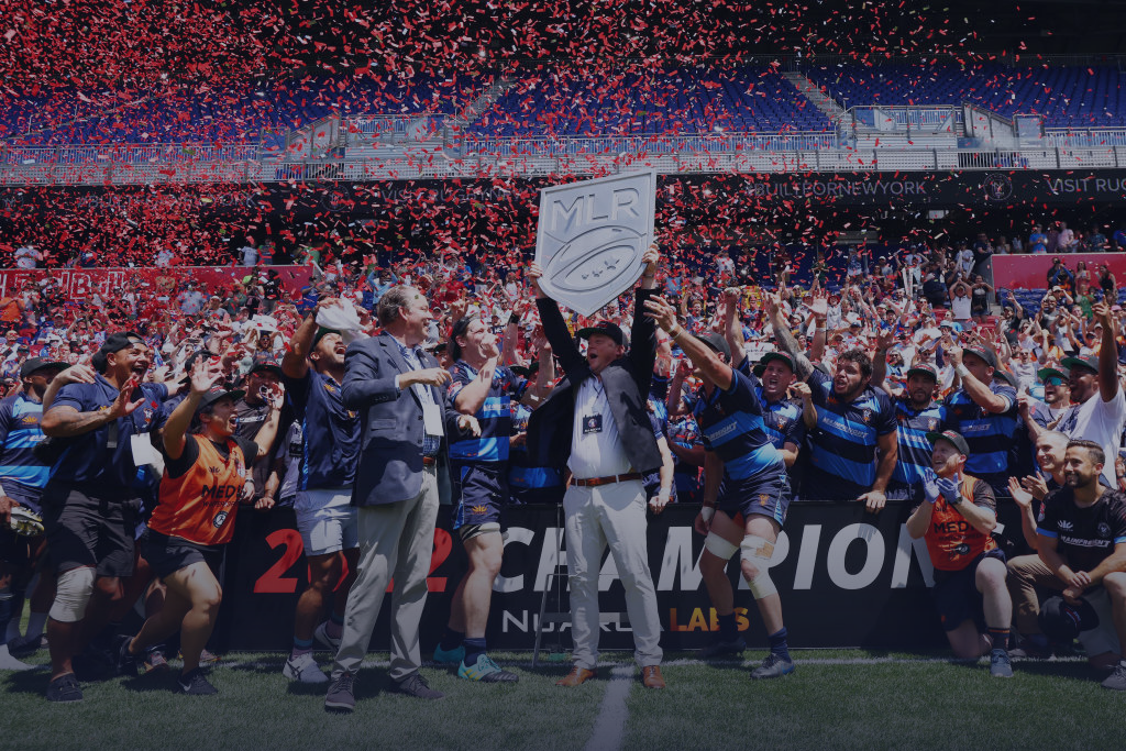 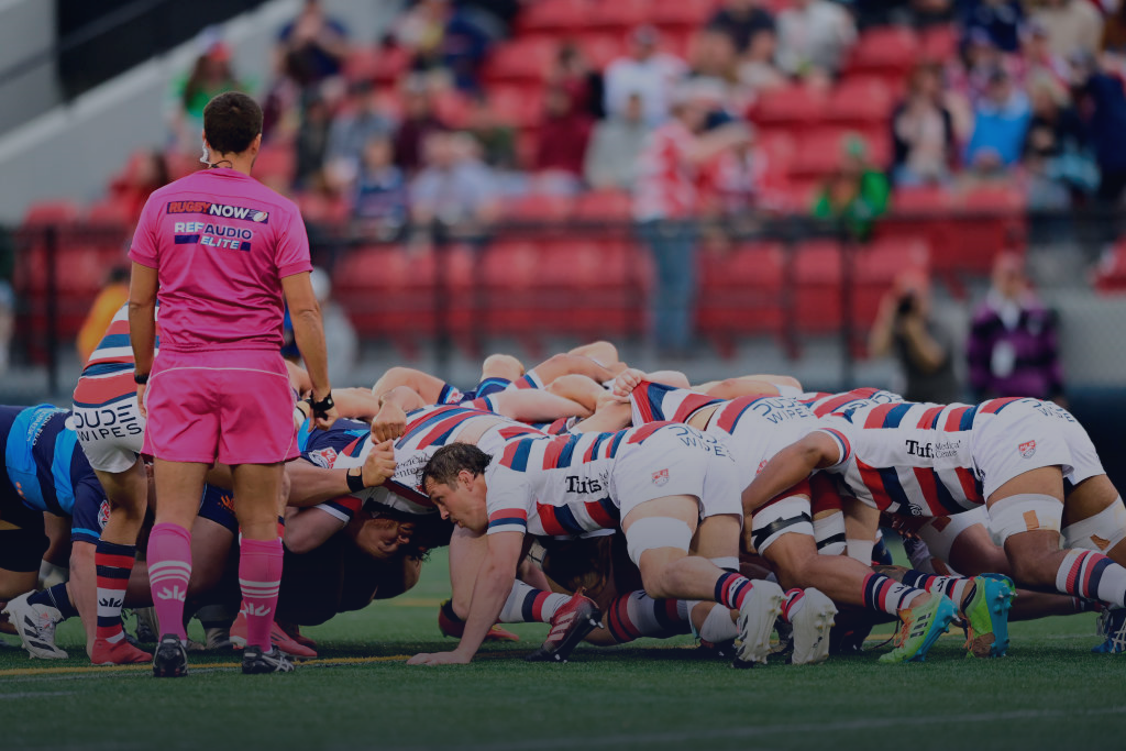