The best of the EFL this weekend: Cherries back in action; Millers unbeaten in nine; Mark Hughes joins Bantams 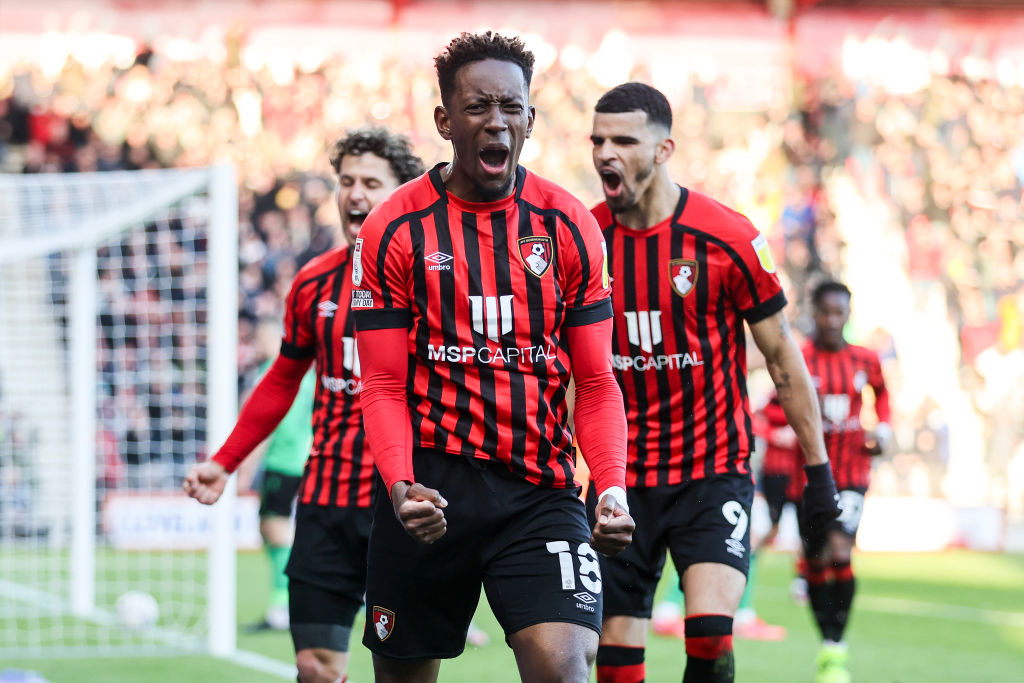 Bournemouth went into their game with Stoke City having not played in two weeks due to fixture postponements. They fell behind to a wonderful strike from full back Tommy Smith just 20 minutes in: the former Huddersfield defender’s first goal since he scored for the Potters at the Vitality Stadium last season. A controversial Morgan Fox red card put Stoke down to 10 men just over 10 minutes before half time, but the Cherries struck twice in the final seven minutes to seal a 2-1 success thanks to goals from Dominic Solanke and Jamal Lowe to give them a fourth league win in succession.

Fulham’s lead at the top was kept at nine points courtesy of a 1-0 away success against Cardiff City. It’s the third time this season the Cottagers have won 1-0 on the road, with all those winners coming from Aleksandar Mitrovic, who claimed league goal number 34 of the campaign. This was the Bluebirds’ first defeat at home in four games, but thankfully for them they hold a comfortable 13-point gap to those in the bottom three.

Birmingham City changed their name for one game due to the upcoming  TV series of Peaky Blinders and so Huddersfield made it 15 games unbeaten in the league following a 2-0 success against ‘Small Heath Alliance’. It was the Terriers that played a blinder though, as Levi Colwill and Lewis O’Brien’s close-range finishes gave them the points and put them within two points of second-placed Bournemouth – though the Cherries have played four games less.

Barnsley had scored just nine times at home this season in the league, but they beat promotion-chasing Middlesbrough 3-2 at Oakwell. A brace from Amine Bassi and another from Mads Andersen meant the Tykes move off the bottom and into 22nd, at the expense of Peterborough and Derby County.

The CBS Arena played host to Coventry and Preston North End. The talking points came in the final six minutes of the game as there were two red cards and two goals. Daniel Johnson scored a penalty for Preston until Fabio Tavares ensured the game finished 1-1 with a 98th minute equaliser for the Sky Blues.

Rotherham United took another giant leap towards promotion. Michael Smith got the winner to break Plymouth Argyle’s brave resistance at Home Park. This was the Millers fifth straight victory on the road and they are now unbeaten in nine league matches. They extended their lead at the top to nine points as Wigan were defeated 3-0 by a Sunderland team who were looking for their first win in six games and since Alex Neil took the reins. Bailey Wright’s headed goal and a brace of penalties from league top scorer Ross Stewart was just the ticket for them at the DW Stadium.

Two teams in decent form met at Stadium MK, with MK Dons taking the spoils 2-0 against Bolton thanks to Mo Eisa and Scott Twine. The Dons, who are well in the promotion hunt, have only lost one of their last 15 league games and sit in third place. Bolton sit 10th and cannot be ruled out for a play-off place.

At the bottom, both Gillingham and Crewe picked up vital three points to help hoist them closer to safety. They both won on the road for only the second time this season, as the Railwaymen secured a 2-1 success at Cheltenham after seven straight defeats thanks to goals from Chris Long and veteran Chris Porter. Gillingham won 2-0 at Lincoln thanks to goals from Vadaine Oliver and Ben Thompson. Crewe remain eight points from safety, and the Gills sit three points from safety after just two defeats from seven games under boss Neil Harris.

League Two was rocked by the news that Mark Hughes had taken over at Bradford City. A superb appointment for the Bantams when you consider that Hughes has managed over 400 Premier League games. He didn’t get off to the best start though as they lost 2-0 at home to Mansfield Town. Rhys Oates and Matty Longstaff with the goals for the Stags, who are unbeaten in 13 games, winning 10 of them.

League leaders Forest Green visited Crawley with an unbeaten away record, and the Red Devils haven’t won at home since New Years Day. Everything pointed to an away win, but Crawley took the three points with a 2-1 success. Ashley Nadesan’s sublime, dinked finish over Rovers’ goalkeeper Luke McGee and Jordan Tunnicliffe’s header were enough for them before full back Dominic Bernard pulled one back for Rovers, who have lost back-to-back league games for the first time this season.

Tranmere Rovers had the tightest defence in League Two, conceding just 23 goals in 33 games. This became 27 in 34 as they to a 4-2 defeat against Newport County at Rodney Parade, with Finn Azaz grabbing the pick of the goals. Rovers’ form has been patchy of late and they now sit just two points clear in the final automatic promotion place, led by Exeter City. The Grecians and sixth-placed Mansfield have three games in hand on the Merseyside club.

Sutton United hadn’t won since a 2-0 away success against Carlisle at the end of January. They ended a five-game winless streak with a 4-1 thrashing of bottom of the table Scunthorpe, with Will Randall grabbing a brace at Gander Green Lane. Scunthorpe have only won one of their last 12 league games and continue to drop closer to the National League.

Carlisle grabbed a vital victory and their first in eight games away to Leyton Orient, who themselves are in freefall. The Cumbrians won 1-0 in Paul Simpson’s first game since his return thanks to a goal from Omari Patrick. Orient remain managerless and winless in 11 league matches with fellow strugglers Colchester and Stevenage next to come for them.

Share this:
PrevPreviousNCAA Basketball: Five Men’s and Women’s games (and a bonus!) to watch this weekend
NextYour Guide to the 2022 NFL Off-seasonNext