EFL midweek action: Results from around the grounds and report from Kenilworth Road 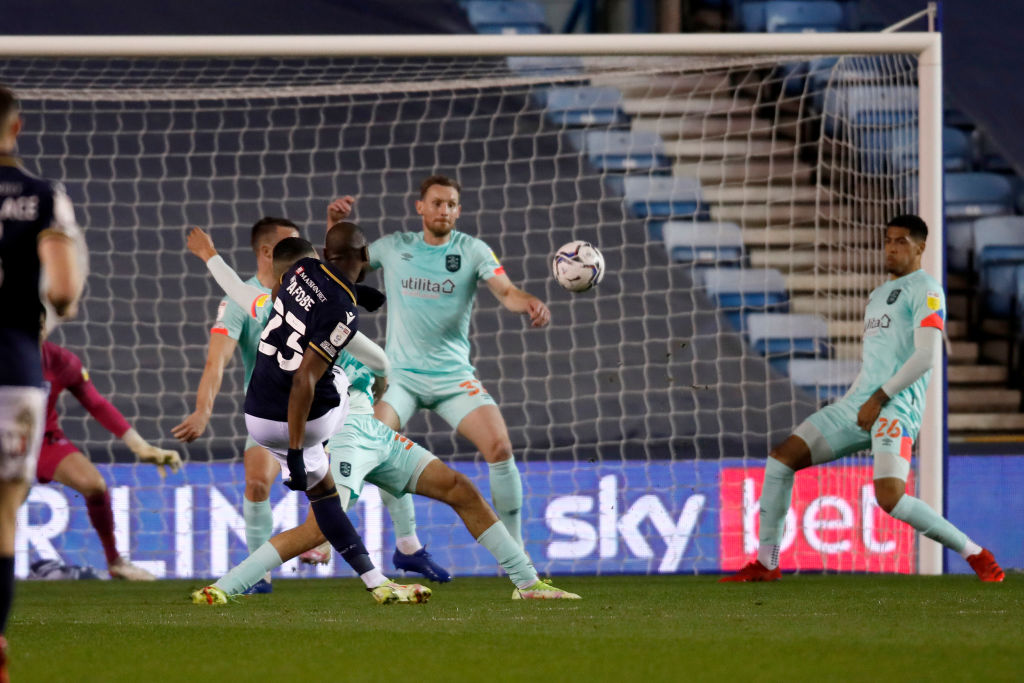 Huddersfield finally lose and a report from Luton Town

On Wednesday night, Millwall ended Huddersfield’s 18 game unbeaten run with a convincing 2-0 win at the Den. Benik Afobe grabbed both goals, his first goals since January. The Lions’ excellent run coincides with the return from injury of the likes of Dan Ballard and talisman Jed Wallace and only leaders Fulham have beaten them in the last 11 league games as they deservedly sit just two points off the top six and have only conceded twice in eight league games.

Currently with Millwall at the top of the form table are Nottingham Forest. They have a weekend FA Cup Quarter Final against Liverpool to look forward to and they go into that on the back of seven unbeaten matches in the league and only one defeat in 2022. They beat fellow play off chasers QPR 3-1 at the City Ground. Andre Gray gave QPR the lead, with Djed Spence drawing Forest level. Late goals from Ryan Yates – his fourth in consecutive league games – and Brennan Johnson rounded off the scoring.

Wednesday also saw Sheffield United lose ground on the top six with a 0-0 draw with Blackpool at Bloomfield Road. The Blades were controversially denied a goal as Ollie Norwood’s deflected shot went past Dan Grimshaw, only for Billy Sharp to be judged to have impeded the Blackpool goalkeeper.

Tuesday night saw a couple of positive results for the sides fighting for survival. Barnsley beat Bristol City 2-0 at Oakwell. Carlton Morris’s eighth goal of the season and Michael Helik’s goals were enough. This was the Tykes third win in six games with only one defeat in that spell. They are also unbeaten in five league games on home turf. Reading soured the Cherries’ party after Dominic Solanke’s early goal looked to be the difference for them at the Vitality Stadium. But Reading boss Paul Ince’s son Tom struck for the Royals seven minutes from time to take a point back to Berkshire and end a run of three straight defeats. Barnsley’s win moved them to within two points of Reading who sit 21st, and both meet in what could now be a huge clash on April 2nd.

Kenilworth Road was where I took in some Championship action, as Luton took on Preston North End, whose number of draws in the league this season means they sit mid-table. Luton were on form again as 9,408 witnessed a 4-0 victory for the Hatters. It was an easy victory as a brace from Luke Berry, sub Fred Onyedinma and an own goal from the Lilywhites Bambo Diaby secured the win. The result was made all the more surprising when you consider Preston had only lost one of their previous 11 games. Luton sit confidently in the play-off places.

Rotherham march on; Misery piles up for Crewe

Tuesday night saw seven League One fixtures. Crewe Alexandra unfortunately prop up the table, as promotion chasing Wigan beat them 2-0 at The Mornflake Stadium. Josh Magennis grabbed his first for the Latics and Will Keane got his 18th goal of the season. Its Alex’s sixth home league defeat in a row and they have only one win in 13 league games as an immediate return to League Two looks increasingly likely.

Top of the table Rotherham beat Lincoln 2-1 at the New York Stadium thanks to early goals from Ben Wiles and Chiedozie Ogbene as they look to march back to the Championship. Only Fulham and Oxford have scored more goals at home than the Millers.

Over 15,000 were at Home Park as Plymouth beat Portsmouth 1-0. Ryan Hardie’s third in four league games claimed victory for the Pilgrims in a game coined the ‘Dockyard Derby’. They now sit in fifth as Pompey are 10th and 10 points off the play off places. Plymouth have only drawn once in 2022 and have now won four games on the spin.

At the bottom, Shrewsbury boosted their survival hopes with a huge 5-0 victory over Morecambe at Greenhous Meadow including braces from Daniel Udoh and Luke Leahy. Morecambe are still without a win since Derek Adams returned as manager and have only won once in 14 league games as they sit in the bottom four. This was the Shrews second victory in 13.

All 24 teams played on Tuesday night. League leaders Forest Green Rovers were hoping to get back on track after six games without a win in the league. They welcomed Leyton Orient who recently appointed Richie Wellens who claimed a point in his first game in charge on Saturday. It was to be another draw as FGR laboured to a 1-1 draw against Orient who have now drawn four in a row and haven’t won in 2022 – fifteen league games.

Northampton closed the gap to six points at the top as they took advantage of Forest Green’s slip up with a 2-1 victory at Stevenage. Aaron McGowan and Mitch Pinnock scored for the Cobblers, as Stevenage dispensed of manager Paul Tisdale 24 hours after the match to be replaced by former Gillingham manager Steve Evans as they hope to halt a slide which could easily result in a drop to the National League.

Tranmere Rovers and Newport County were also big winners at the top end of the table. Rovers beat Harrogate 2-0 as they have won two on the spin after only winning one of the previous five league games. Newport won 2-1 at Carlisle in what was their manager Paul Simpson’s first defeat since returning as manager after they previously won four games on the bounce.

The big game at the bottom of the table saw Barrow travel to Scunthorpe United. The Bluebirds came out on top as Wayne Rooney’s younger brother John grabbed the winner in a 1-0 win against a Scunthorpe side firmly rooted to the bottom of the football league and with only one win out of their last 15 league games and have the scored the fewest goals in the entire football league with 25. Second-bottom Oldham also lost after taking an early lead away to Walsall through Will Sutton. Emmanuel Osadebe and Conor Wilkinson won the game for a Saddlers side who have lost just once in seven league games under Michael Flynn.

Share this:
PrevPreviousMarch Madness: Ready for some Men’s NCAA Tournament upsets?
NextMajor League Rugby Round-up: Utah stun LA Giltinis in Round 6, San Diego Legion can top West in Round 7Next