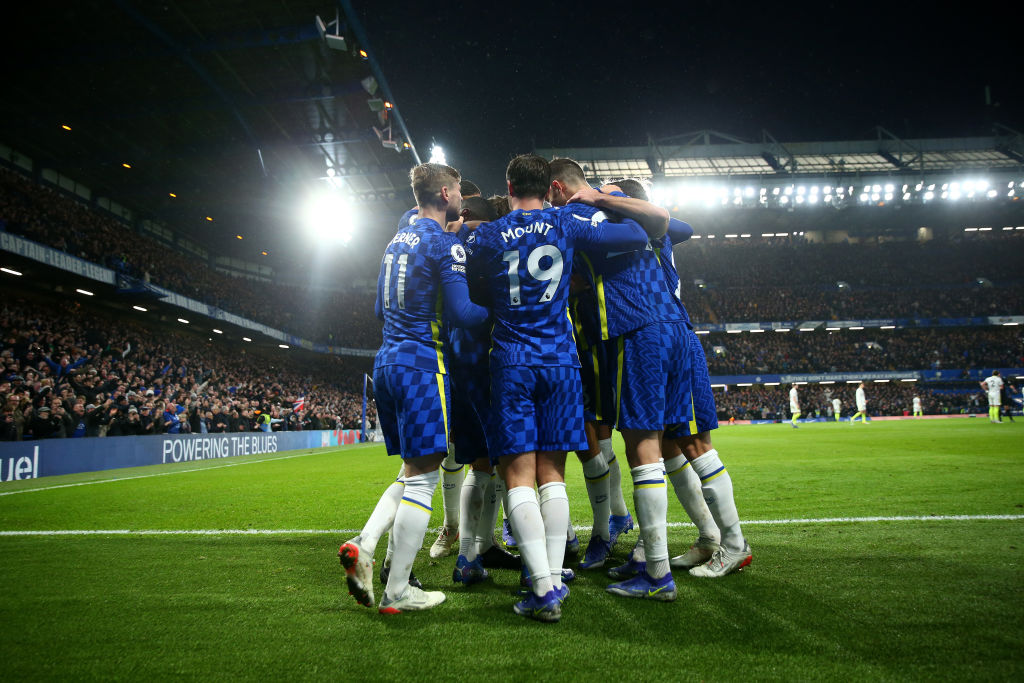 Chelsea’s poor run of form looked to continue this weekend, but two spot kicks from Jorginho ensured the Blues picked up a valuable three points.

The majority of Leeds’ games tend to be intense and direct, and this one was no different.

Leeds struck first within half an hour thanks to Raphinha. A mistimed tackle from Marcos Alonso in the box sent Dan James tumbling. Leeds’s talisman picked up the ball and placed it on the spot before calmly slotting it past Edu Mendy.

Leeds looked to hold on to their lead as they headed into halftime, but Mason Mount had other ideas and coolly slotted the ball in the 42nd minute, following a driven cross from Marcos Alonso.

Chelsea got a grasp on the game and were rewarded with a penalty after a silly challenge from Raphinha. Rüdiger found himself with the ball at his feet in the box, and a sliding challenge from the Brazilian was enough to award the spot kick.

Chelsea’s penalty king stepped up and with a hop, skip and a jump, Jorginho put the home side in front.

An end-to-end game continued following Chelsea’s second goal, and Leeds grabbed what looked like a late equaliser inside the final 10 minutes.

An excellent cross from Tyler Roberts found the flying super-sub Joe Gelhardt, who managed to get in front of his marker and draw the visitors level.

Leeds were hanging on towards the final few moments and looked as if they were going to steal an impressive point, however, a kick through the back of Antonio Rüdiger with seconds to spare gave the referee with no option but to point to the spot for the third time in the match.

A high-pressure penalty meant there was only one man for the job, and Jorginho made it look effortless as he sent Illan Meslier the wrong way and secured the victory for his side.

Chelsea have struggled in recent weeks and the absence of N’golo Kante has shown a real weakness in the defensive third. Thomas Tuchel will take the positive from the game and more importantly, the three points, as Leeds will feel hard done by to head home with nothing.

Eddie Howe’s difficult job got even harder as his Newcastle side were torn apart by a relentless Leicester.

Youri Tielemans broke the deadlock on the cusp of halftime with a well-executed spot kick, giving Eddie Howe and his coaching staff something to think about as they headed into the dressing room.

The Foxes continued to apply the pressure and Patson Daka doubled the lead within 15 minutes of the restart.

A beautifully clipped ball in behind the defence from James Madison gave Harvey Barnes all the time in the world to get his head up and square it to Daka, who was left with a simple tap in.

Another perfectly-weighted ball from James Maddison gave Youri Tielemans the chance to grab his brace, which he done so confidently, before Maddison killed the game off with his own strike with five minutes remaining.

It meant three much needed points for Leicester in what has turned out to be a tricky season for them.

Another defeat for Newcastle leaves them 19th in the table with any hope of survival pinned on some new signings to come in January.

Arsenal cruised past Southampton at the Emirates as they look to regain form heading into the festive schedule.

Arsenal captain, Pierre Emerick-Aubameyang, was missing from the matchday squad due to ‘disciplinary’ issues, meaning it was Alexandre Lacazette leading the line.

Lacazette settled into the game nicely when a sweeping Arsenal move was finished off by the Frenchman in the 21st minute.

Martin Ødegaard doubled the lead six minutes later when he rose highest in the box and powerfully headed the ball past Alex McCarthy.

Gabriel sealed the game in the 62nd minute when he got on the end of a well delivered corner and ensured Arsenal picked up a much needed three points.

The Gunners will be looking to hunt down the top four over the coming weeks as Southampton’s stop-start season has taken a dip in form in recent weeks.

Ralf Rangnick picked up his second win in charge of Manchester United with a tough 1-0 win away at Norwich – thanks to a Cristiano Ronaldo penalty.

Raheem Sterling became the latest member of the Premier League 100 club with his penalty securing a 1-0 win over Wolves.

West Ham were unable to get the better of Burnley as they played out a 0-0 draw.

Player of the Week – Conor Gallagher

Conor Gallagher’s two sublime goals carried Palace to a well-deserved victory. The Chelsea loanee has been in scintillating form and has been the catalyst in an incredibly versatile Patrick Viera side. It would be no shock to see him push for a starting spot at Stamford Bridge next season, and yet another top performance earns him the Genius Sports Report ‘Player of the Week’.