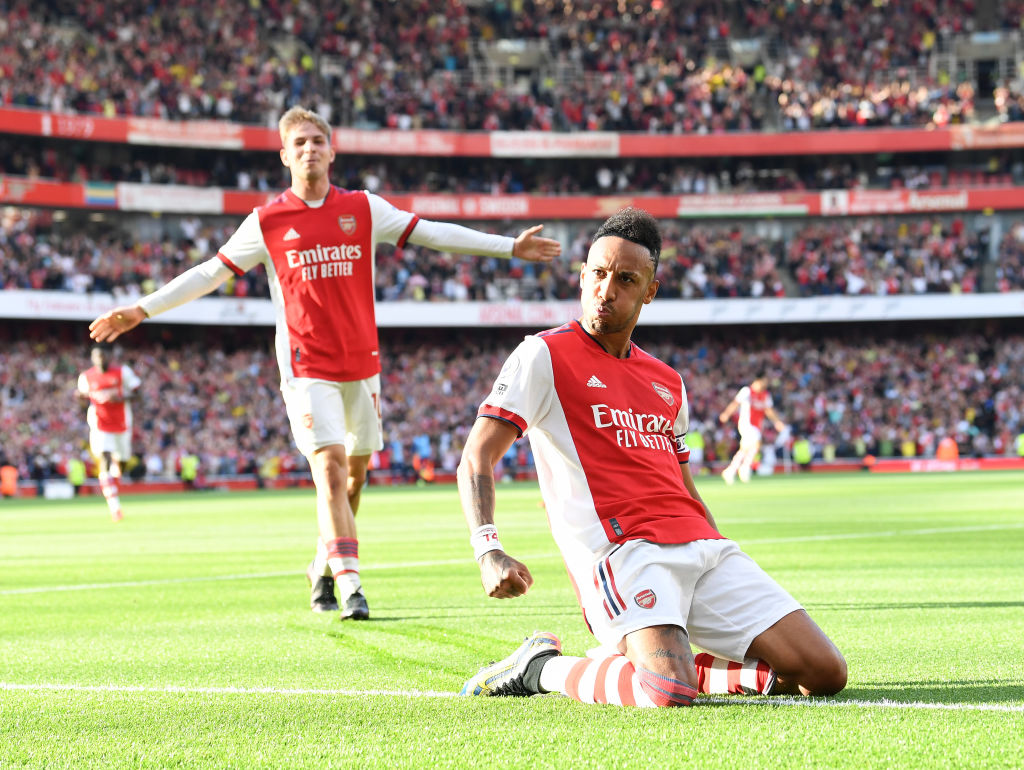 Pep Guardiola’s Manchester City put in a true display of champions at Stamford Bridge on Saturday afternoon as they ran out 1-0 winners over Chelsea.

City were dominant in the first half and their persistence finally paid off when Gabriel Jesus’ deflected shot found the back of the net in the 53rd minute. It was the first goal that Chelsea had conceded from open play this season.

The champions looked to have found their spark again ahead of a very big week with trips to PSG and Liverpool to come.

It was the first setback of the season for Chelsea, who failed to register a shot on target for the first time under Thomas Tuchel.

They also demonstrated a slightly worrying trait; in four of the last five Premier League matches in which they have conceded first, Tuchel’s Chelsea have lost. The Blues are so well-drilled but they will need to find a way of turning games around after falling behind.

They lined up with three centre-backs and three defensive-minded midfielders and they failed to push up the pitch as they were pinned back by an intense Manchester City side.

Pep Guardiola’s men went level on points with Chelsea after the win and got some revenge on the Stamford Bridge side, after they were beaten three times last season by Tuchel’s men.

Kortney brings the Hause down

The second early kick off saw Aston Villa travel to Old Trafford to take on Manchester United and in-form Cristiano Ronaldo, who had found the net in every start this season for United.

In an open and frenetic game where both teams had opportunities to score, it looked like it was heading for a draw until a thrilling finale.

Kortney Hause, on his first start of the season for Aston Villa, stunned Old Trafford with a powerful header into the near-post in the 88th minute.

With seconds left on the clock, Hause quickly turned hero to villain as an Edinson Cavani header struck his arm and referee Mike Dean pointed to the spot after the linesman flagged for handball.

The ever reliable Fernandes stepped up but blazed over the bar leaving Ole Gunnar Solskjaer under pressure after three defeats in four games.

United had 28 shots but only four were on target and they struggled to mount sustained pressure on the Aston Villa goal.

Once again questions have to be asked about the approach and whether Solskjaer is getting the most out of the players.

Manchester United now face Villareal on Wednesday night with a point to prove. Villa were victorious against United for the first time in 12 years.

Arsenal blow Spurs away to go above their rivals

An emphatic and vibrant first half display saw Arsenal put North London rivals Tottenham Hotspur to the sword and win 3-1 at the Emirates Stadium.

Goals from Emile Smith Rowe, Pierre-Emerick Aubameyang and Bukayo Saka capped a fine performance from Arsenal who have turned their early form this season on its head to win three successive games and go above their rivals.

A woeful first half from Spurs saw them get torn apart by a rampant Arsenal side, who scored three goals in 23 first-half minutes.

Tottenham managed to grab one back in the second half through Heung Min Son while the acrobatics of Arsenal keeper, Aaron Ramsdale kept the score at 3-1.

After three weeks of the season, Spurs were top of the bottom and Arsenal sat bottom, but three weeks later the tables have turned and the Gunners have leapfrogged their rivals.

Three defeats in a row for Spurs now leaves Nuno Espirito Santo with plenty of questions to answer while Mikel Arteta’s Arsenal travel to Brighton next weekend full of confidence.

Brentford and Liverpool play out a six goal thriller

Brentford twice came from behind to earn a well-deserved point at home to Liverpool on Saturday evening after a pulsating 3-3 draw.

Brentford struck first after Ethan Pinnock tapped home at the far post after a well-rehearsed free kick routine. It did not take Liverpool long to respond, however, after a Jordan Henderson cross found Diogo Jota free, whose header found the bottom corner.

There was more excitement to come in the second half as after some VAR drama, Mo Salah netted his 100th Premier League goal, making him the quickest Liverpool player to reach that milestone.

Brentford continued to press for an equaliser and were rewarded with one as Vitaly Janelt reacted quickest in the box. Liverpool, again reacted swiftly to regain the lead after an excellent strike from Curtis Jones.

Mo Salah had a gilt-edged opportunity to kill the game but was surprisingly wasteful in chipping the ball over Brentford goalkeeper David Raya, and over the bar.

With stoppage time looming, Brentford substitute Yoane Wissa was the hero and levelled the game for a third time with a delightful chip over Allison.

Brentford continue to impress in their debut season in the Premier League while the draw puts Liverpool a point clear at the top of the table.

Townsend proving his worth

Norwich travelled to Goodison Park with memories of their last visit here being a winning one hoping to end a run of 15 straight Premier League defeats.

After an even first half hour it was Everton who struck first through a penalty awarded by VAR. Andros Townsend confidently tucked the penalty away and added to his impressive start to his Everton career of four goals and three assists in eight starts.

The Canaries struggles continued in to the second half as Kenny McClean lost the ball leaving Demarai Gray with space to run and assist Abdoulaye Doucoure who finished with ease.

A comfortable afternoon for Everton while Norwich’s wait for a first point goes on.

Antonio scores late winner; Vardy in the thick of it; Jimenez breaks duck

Elsewhere in the Premier League, Michail Antonio scored a late winner to give West Ham a 2-1 win at Elland Road. Antonio grabbed the crucial goal to make it six in six for the in-form striker.

Jamie Vardy was in the thick of it at the King Power stadium having put his team behind through an own goal. He then grabbed two at the right end as the Foxes drew 2-2 against Burnley.

Maxwell Cornet netted a spectacular debut goal for the Clarets but then had to be substituted after an injury.

Raul Jimenez scored a brilliant solo goal to notch his first goal for Wolves since October 2020 and give Bruno Lage’s side a 1-0 win against Southampton.

Finally, Watford played out a 1-1 draw at home to Newcastle.

On Monday night, Brighton travel to Crystal Palace where a win would send them top of the table.