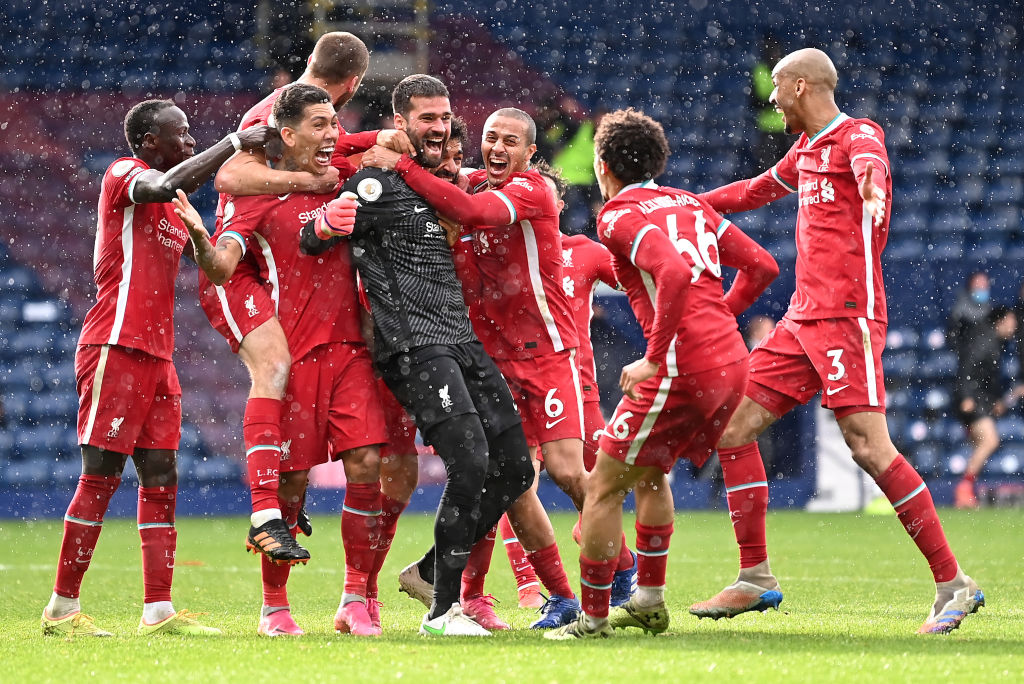 It was an immense weekend of action in the race for Europe in the Premier League, with a number of significant results leaving the season very much open.

Alisson made history by netting a last gasp winner for Liverpool, West Ham could only manage a draw at already relegated Brighton, Everton surprisingly lost at home to bottom of the table Sheffield United, while Tottenham stayed in the race with victory over Wolves.

Liverpool knew that if they won this game then Champions League qualification would be in their hands. Victory was duly achieved in the most remarkable of circumstances as goalkeeper Alisson headed in from a corner in the 95th minute.

With the Baggies already relegated, Liverpool were expected to win but they faced a stubborn West Brom side who were playing with freedom.

West Brom stunned the visitors in the 15th minute when Hal Robson-Kanu marked his first Premier League start since December 2017 with a neat side-foot finish to put the hosts in the lead.

A brilliantly instinctive Mohamed Salah finish brought Liverpool level with his 22nd league goal of the season putting him level with Harry Kane for the Golden boot.

In the second half the champions threw everything but the kitchen sink against Sam Allardyce’s side.

Roberto Firmino fired against the woodwork, Sadio Mane saw a goal ruled out for offside, but try as they might, Liverpool could find a winning goal. At this point, it seemed that the only Liverpool player who had not had a chance at goal was Brazilian keeper Alisson.

Five minutes into added time, Alisson came up for the corner and was left unmarked. He met Trent Alexander Arnold’s corner and guided a header into the far corner to spark delirious scenes from the Liverpool players and bench.

What does it mean?

Liverpool are now just one point behind Chelsea and three points behind Leicester, but with Chelsea to host the Foxes on Tuesday, this means that if Liverpool win their remaining two games they would pip Chelsea to a top-four finish as long as Chelsea don’t beat Leicester.

If Chelsea beat Leicester and Liverpool win against Burnley and Crystal Palace, then Jurgen Klopp’s side could finish level on points with Leicester and it would go down to goal difference.

WBA will take solace in how well they played and will be firm favourites in the Championship next year.

Last year it was Leicester that faltered at the final stretch, this year it seems to be the turn of West Ham. They were sitting in 4th place, quietly dreaming of Champions League football, but now find themselves on a knife-edge for any form of qualification for Europe.

West Ham were slightly the more dominant team in the first-half, managing more shots on goal than the Seagulls, but after a fairly uneventful first-half, the teams entered the break at 0-0.

West Ham pushed for the opener in the second half with Craig Dawson heading just wide but it was Brighton who broke the deadlock.

Danny Welbeck raced clear in the 84th minute after a through ball by Percy Tau to lift the ball over Hammers keeper Lukasz Fabianski and into the net.

Three minutes later though, Said Benrahma scored a stunning  equaliser to score his first goal for West Ham and secure a point for David Moyes’ side.

What does it mean?

West Ham have dropped to seventh place, level on 59 points with Tottenham in sixth. Everton and Arsenal are only three and four points behind in eighth and ninth respectively.

Win their last two games and they qualify for either the Europa League or the Conference League, lose both and the Hammers could finish as low as 10th.

Brighton sit in 17th and while only playing for pride now, they still have the chance to equal their best ever Premier League finish of 15th.

As things currently stand, there are only four points separating Tottenham in sixth with Arsenal in ninth.

And this is where the European race gets very interesting. Currently the top four clubs qualify for the Champions League with fifth and sixth qualifying for the Europa League. This means that 7th place will qualify for the new Europa Conference League.

If though, and this could well happen, Liverpool pip Chelsea to fourth, and Chelsea win the Champions League then the top five qualify for the CL and sixth and seventh qualify for the Europa League, with 8th being enough for the Conference League.

As things stand, even Leeds United in 10th are still theoretically in the fight for the Europe. The Premier League race for European qualification is very much far from over.

Featured image: Alisson Becker of Liverpool is congratulated by Sadio Mane, Roberto Firmino, Thiago Alcantara, Trent Alexander-Arnold and Fabinho after scoring the winning goal during the Premier League match between West Bromwich Albion and Liverpool at The Hawthorns. (Photo by Laurence Griffiths/Getty Images)