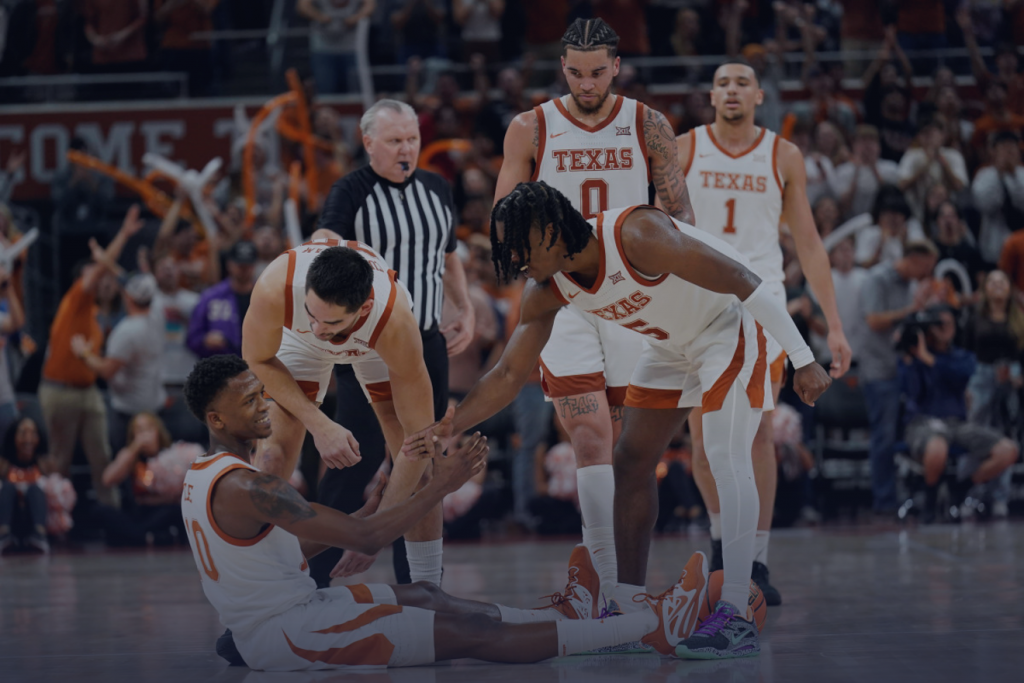 In terms of on-court play, the 2022-23 college hoops season has been great so far for the Texas Longhorns.

They are looking to make a splash in the Big 12 and are heading into March Madness with Final Four aspirations. Yesterday, they moved up to #7 in the AP Rankings. 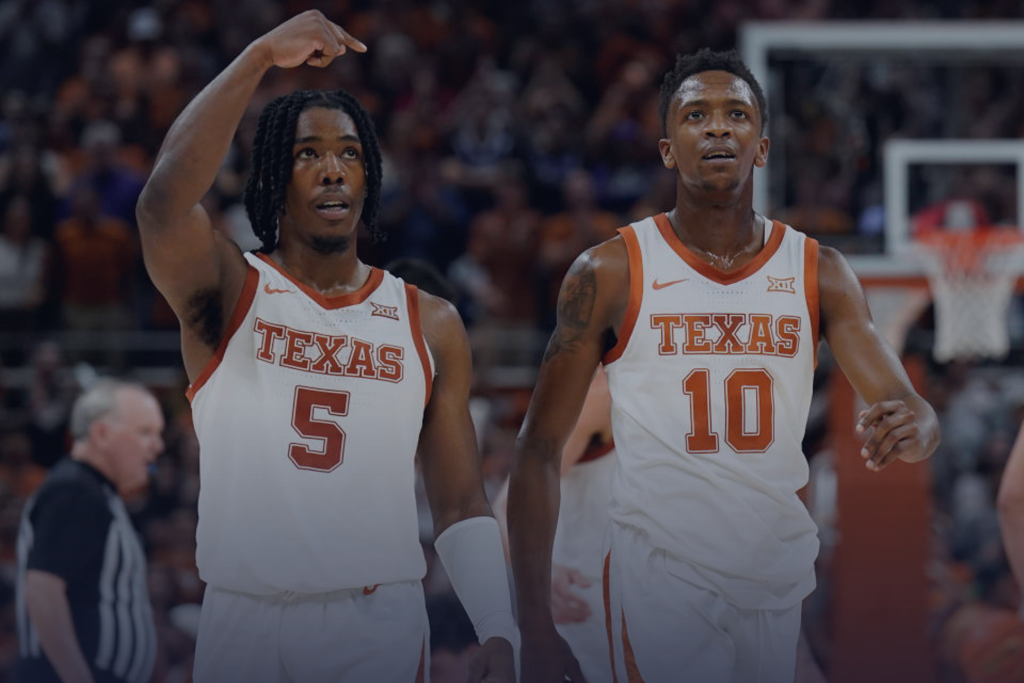 More recently, Texas has made headlines off the court, with the release of their head coach Chris Beard, following an arrest for domestic violence allegations. He was in his second of a seven-year deal worth about $35 million. The Longhorns will look to minimize off court distractions and maximize their basketball potential for the remainder of the season in a tough Big 12 conference.

The Longhorns have played well under assistant coach and former UTEP head basketball coach, Rodney Terry. Coach Terry will be auditioning for the position to remain the head coach for next season, and so far has stepped up to the challenge. The Longhorns have gone 9-1 under Coach Terry, averaging 81.5 points per game on offense, allowing 66 points per game at the other end.

Victories over their Red River rival Oklahoma and 17th-ranked TCU have been season highlights so far. Their lone loss came at the hands of 11th-ranked Kansas State. The coaching staff has managed to bring a steady calm to the program in a trying situation.

Consistency has been lacking so far, but Texas is in a good spot

The offense has struggled from the perimeter this year, shooting just 33%.

The offense does generate open looks with their dribble drive penetration and their offensive sets, however, the shooting has not been consistent enough to make them a legitimate threat from the outside. Their three-point shooting comes from open looks from ball movement and hitting shooters in transition like Tyrese Hunter and former Big 12 Player of the Week, Marcus Carr. He is shooting at 41% from three and leads the team in three-point attempts.

Hunter has been slightly inconsistent, shooting 32% this season. But he is a big enough threat from three that defenses have to take notice and account for him, particularly in transition.

As the season progresses and they get into the Big 12 gauntlet and tournament, they’ll need to adapt. Their shooters will need to be able to knock down shots consistently so they can open up more lanes to get to the rim, freeing up their big men for easy buckets.

The strength of the team comes from their guard play but their big men, who are not typically traditional centers, can play in space well. Their top four bigs are all shooting over 45% from the field and average about five offensive rebounds as a unit.  This leads to second chance points and limits their opponents from getting out in transition for easy points.

Without the ball, defending as a unit is key

They like to apply pressure the length of the court at times with their guards, cutting off the passing lanes to force the offense into bad decisions. The defense is causing an average of 17 turnovers per game, with a little less than half of those coming in the form of steals.

The Longhorns like to clog up the middle with their size and length. They do, however, tend to struggle defending one-on-one in the post against traditional bigs. In the previous game against Texas Tech, Fardaws Aimaq – returning from injury – caused problems for the Longhorns.

Again, their bigs aren’t traditional 7-foot centers, so they tend to double-team the post, forcing deflections and hurried shots from their opponents. The hurried shots usually lead to missed shots, which is why they are averaging 25 defensive rebounds per game and usually out-rebound their opposition.

With their aggressive and active defensive strategy, they can be susceptible to back cuts and being caught out of position, but their length helps them recover well enough, allowing them to resume pressuring the ball.

The Longhorns are in good position to run the table in the Big 12, which has 5 teams ranked in the top 25 currently.

As of late, Texas has come out in the first half a bit slow offensively – missing a lot of shots. In the last two games, the Longhorns have come from behind to win with more aggression and assertiveness in the second half. Sir’Jabari Rice – recently named Big 12 Newcomer of the Week – has come on strongly in the last two games.

Despite Coach Beard’s dismissal, the Longhorns are rallying. A couple of the assistant coaches have prior head coaching experience at other schools, which will help the program steady the ship. The Longhorns should be able to maneuver this difficult situation into some big wins during the Big 12 season.

With exciting games coming up against a ranked Iowa State, Tennessee and Kansas, the remainder of the season should be an interesting watch for any Texas basketball fan.

The Playbook is powered by Genius Sports, official data collection partner of the NCAA, via NCAA LiveStats. 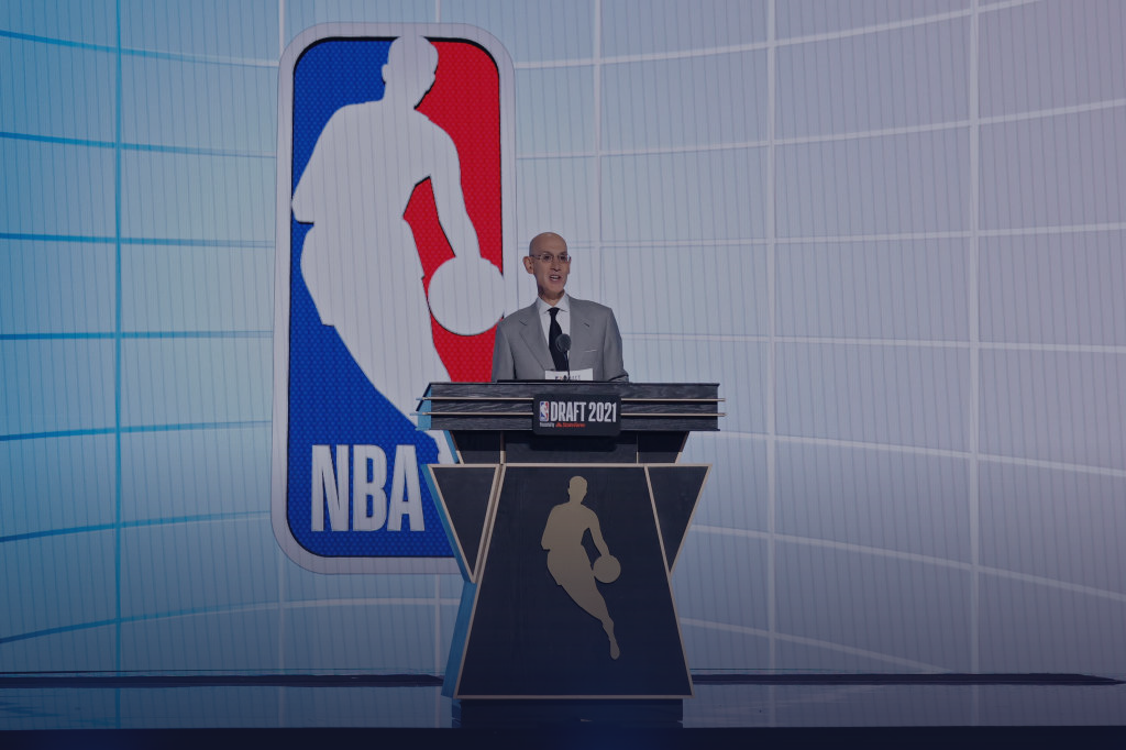 NBA DraftNCAA
Our Guide to the NBA Draft 2022
The 2022 NBA Draft is just around the corner. While the Celtics and Warriors battle for a Championship...