Gerrard takes Villa job: What the stats say about the challenge ahead 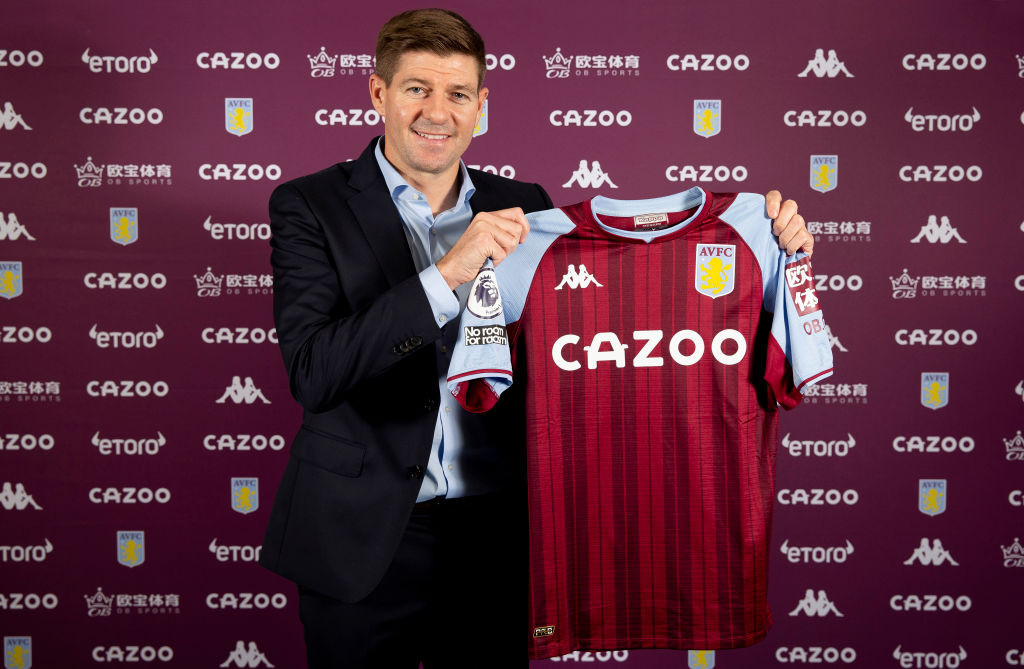 Just five days on from the sacking of Dean Smith, this morning Aston Villa announced the appointment of Steven Gerrard as their new head coach. The former Liverpool captain joins Villa mid-season from a successful spell with Rangers, with Villa thought to have paid up to £4m in compensation to the Scottish club. Gerrard has signed a three-and-a-half-year deal and brings his Rangers assistant Gary McAllister with him.

“Aston Villa is a club with a rich history and tradition in English football and I am immensely proud to become its new head coach”, he said. Gerrard joins a Villa side on a poor run of form, with a host of new signings that have struggled to settle in Birmingham so far.

Our look back on his time at Rangers and the statistics behind Villa’s form this season demonstrates the size of the task ahead.

Gerrard joined Rangers in May 2018, marking the beginning of his managerial career. Over the course of his 193 games with Rangers, he suffered just 27 defeats. His win percentage of 64.8% places him in the company of some of Rangers greatest ever managers and even surpasses that of the great Walter Smith (64.2%). Given the state of the club when he joined, amassing such a win percentage is a remarkable achievement. Just eight months after assuming the role, Rangers’ 1-0 win over Celtic was their first against their great rivals since 2012 – a result that would begin a shift in the momentum of the Scottish Premiership.

In March 2021, Rangers won their first SPL title in a decade, managing to go through the entire 2020-21 season undefeated. More significantly, it halted what would have been a tenth consecutive title for rivals Celtic.

Rangers’ style of play under Gerrard centered mainly around a 4-3-3 formation. It relied on a resolute and solid defensive foundation, utilising the coverage of the three flat midfielders to protect the centre-backs. During the 2020-21 season, Rangers’ goals-conceded ratio was just 0.34 per game -crediting Gerrard’s defensive work. From this base, full-backs were encouraged to support wide players in building attacks and providing service to the frontmen, usually Jermaine Defoe or Alfredo Morelos. Rangers’ average possession during the same season was a high 66%.

It looks clear then that Gerrard’s managerial preference is a possession-based style, maximising width whilst relying on the midfield to create a solid block with the back four.

Aston Villa: a Team in Transition

How does Gerrard’s intended style compare to that of this current Aston Villa side?

The first item on Gerrard and McAllister’s agenda will be to create stability in defence. Villa have suffered 18 league defeats in 2021, the most of any other Premier League side. Dean Smith’s critical loss to Southampton at the weekend was their fifth league defeat in a row. This season, Villa are currently conceding goals at a rate of 1.82 per game, far higher than Gerrard’s Rangers side.

Gerrard will be buoyed by the quality he has in defence though. Last season, Tyrone Mings completed the second highest number of clearances (170), whilst Argentina No.1 goalkeeper Emiliano Martinez recorded the third highest number of saves (142). This season, Ezri Konsa ranks 11th in aerial duels won (32). Returning the Mings-Konsa partnership to the form of last season is going to be key in the first few months for Gerrard.

Further forward, building an attacking style of play is likely to be Gerrard’s biggest challenge. Under Dean Smith, Villa often played in a very direct and aggressive manner, opting for crosses and long balls rather than building possession. Last season, Villa used the third-most long balls in the league (2,350) and ranked 14th in terms of passes made (15,189). This season, they currently rank fifth for attempted crosses (237), with an accuracy of 18%.

In Targett and Cash, Gerrard has two full-backs who are adept at supporting attacks. Indeed, Smith often deployed them as wing-backs in a 3-5-2 formation, in an attempt to play both Ings and Watkins as a duel strike partnership. The addition of Ashley Young on a free transfer will also assist Gerrard in providing a wide attacking threat.

Summer signing Leon Bailey has had his start marred by minor injuries, but he will be key to unlocking Villa’s potent attackers. Bailey ranked in the top ten for successful crosses in the Bundesliga last season, during which he registered eight goals and eight assists. If Gerrard can help the 23-year-old find a consistent run of games, he will add to the guaranteed goals of Ings and Watkins.

Sacking Dean Smith was controversial. He had taken Villa into the Premier League and consolidated a strong position. Smith had replaced talismanic captain Jack Grealish with excellent signings and paid the price when his team didn’t adjust quickly enough.

In Gerrard, though, Villa have the opportunity to let the shackles of Grealish’s departure go, and start afresh. They have attained a manager with a track record of improving players under difficult circumstances and with a hunger to prove himself in the toughest league in Europe. Whilst there might be questions hanging over Gerrard: his style of play, his experience, his ultimate goal; he has the pieces to provide the answers.