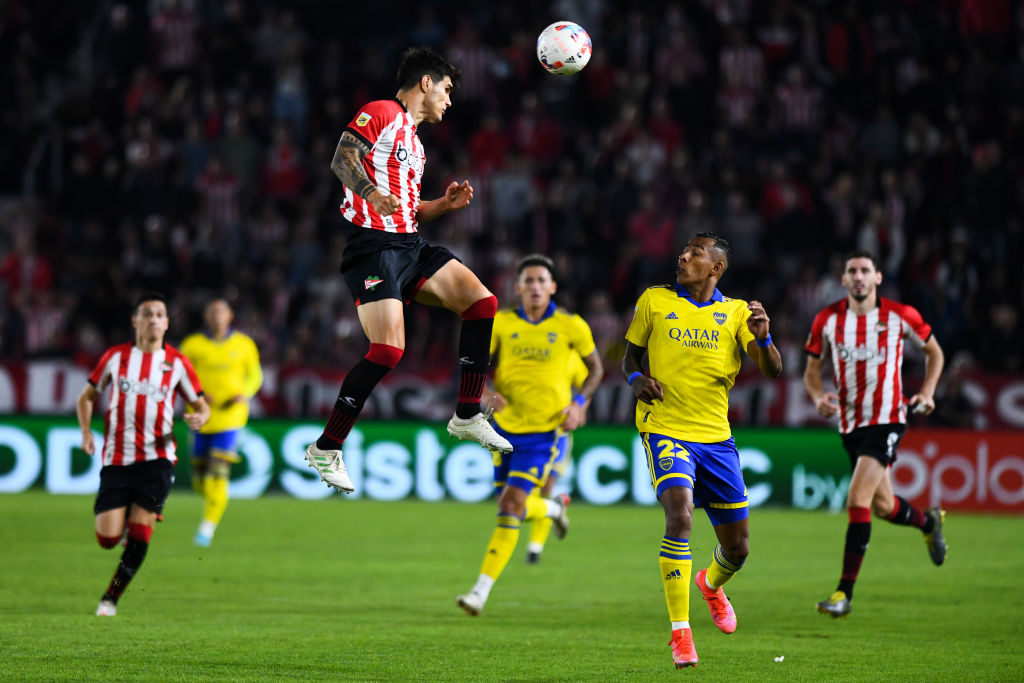 Fecha 5 & 6 of the Copa de la Liga saw the unbeaten runs of Tigre and Estudiantes come to an end, impressive victories for River & Boca and a goal of the season contender from Barracus Central’s Carlos Acre.

Colón hunted down by Tigre

Defending champions Colón suffered their first defeat of the season at the hands of recently promoted side Tigre at the Estadio José Dellagiovanna.

Alexis Castro’s powerful strike on the 33rd minute claimed the 1-0 victory for El Matador. It was a deserved win for Diego Martínez’s side who just edged it on the possession stats with 51% and had 20 shots compared to Sabalero’s seven. 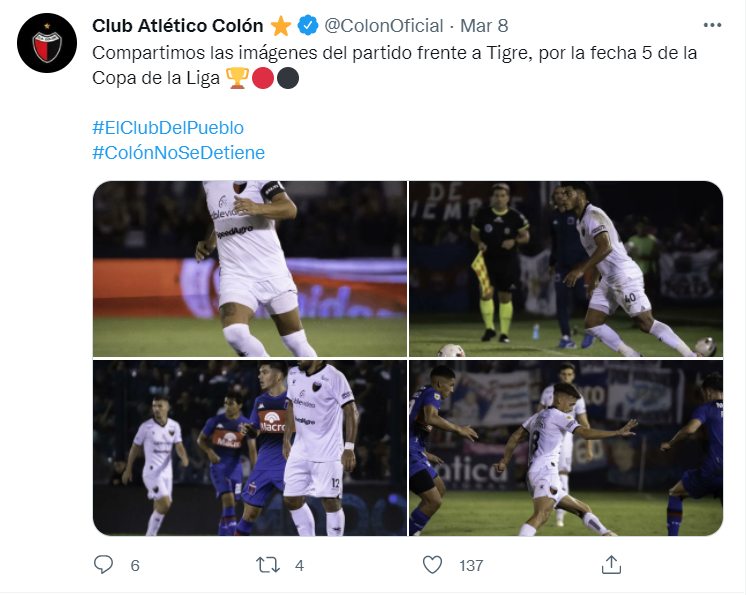 Students taught a lesson by Boca

Estudiantes lost for the first time in the Copa de la Liga this season as they were outplayed by Boca Juniors at the Estadio Jorge Luis Hirschi.

Boca dominated the play from the start in their yellow and blue away kit, Sebastian Villa came close to giving them the lead as his shot from a tight angle came back off the post.

Los Pincharratas had a golden chance to take the lead against the run of play on the 43rd minute as Manuel Castro went down in the box after a challenge from Frank Fabra. However, Leandro Diaz’s tame penalty was comfortably saved by Agustín Rossi.

Xeneizes finally took the lead on the 54th minute as Villa’s cross was headed in by Luis Advíncula. A goal which claimed a 1-0 win for his side in an assertive win where Boca had 67% of possession and 435 passes compared to their oppositions 224.

Gimnasia swept away by River

River Plate dominated a 5-0 win over Lafarrere in the Copa Argentina during the week and they kept their shooting boots on with another high scoring victory at the weekend. This time at the expense of Gimnasia.

Enzo Fernández’s penalty on the 30th minute was placed neatly into the top corner to give Los Millonarios the lead. They were then awarded another penalty just before half-time which was fired into the bottom corner by Julián Álvarez.

A hat-trick of penalties completed the scoring by River on the 72nd minute as Juan Fernando Quintero sent Rodrigo Rey the wrong way to stroke his spot-kick home.

A 4-0 rout was then completed on the 90th minute as substitute Braian Romero bundled the ball into the net after some good link up play by fellow substitutes Agustín Palavecino and José Paradela.

The scoreline reflected a very one-sided game where Marcelo Gallardo’s side had 76% possession and had an impressive 679 passes, while El Tobo managed just 218.

Tiger’s unbeaten start to the season came to an end as despite a dominant performance against Aldosivi where Diego Martinez’s side failed to make a breakthrough with their 66% possession and 23 shots.

The first half saw José Devecchi make some fine saves to deny Mateo Retegui and Iljiel Cesar Protti giving El Matador the lead. Ezequiel Fernández hit the woodwork with a shot from outside the box shortly after half-time.

The goalkeepers were becoming the stars of the show with Gonzalo Marinelli also making a great save to deny Martín Cauteruccio’s header. However, César Meli stole the show as he slotted the ball past Marinelli to claim a 1-0 win for Tiburón. 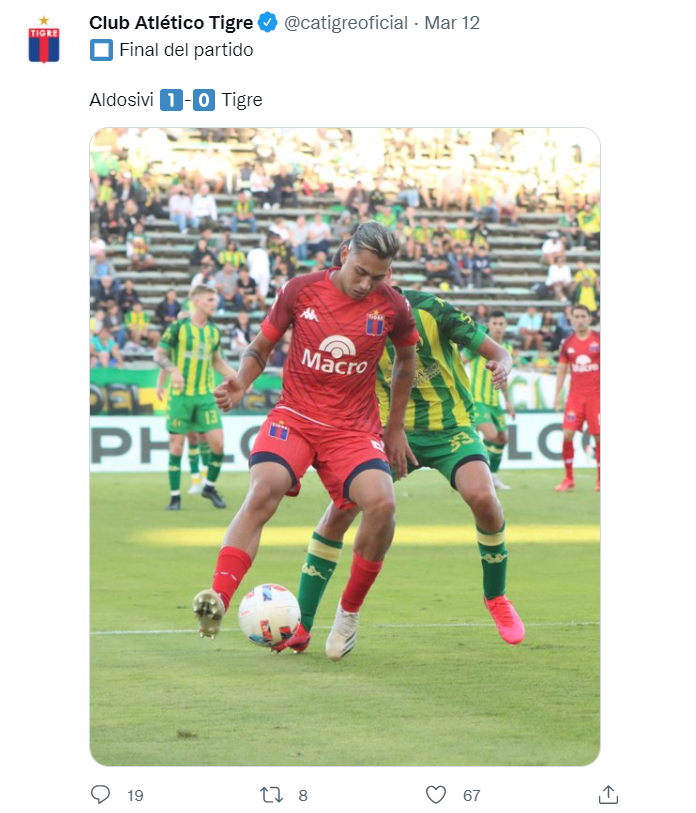 Barracus Central made it two wins from two with a victory over Rosario Central at the Estadio Gigante de Arroyito. Canalla took the lead in the first half thanks to a powerful penalty by Marco Ruben on the 34th minute.

The second half saw Barracus come to life and were level on the 56th minute as Carlos Acre scored an unbelievable volley from 25 yards. A goal which would be hard to beat for the goal of the season award.

Bruno Sepúlveda put Baraqueños ahead on the 65th minute after some sloppy play by Rosario defender Juan Komar. Facunda Castro then topped off a great day at the office for his side with a great strike from the edge of the box to claim a 3-1 victory.

An impressive victory for Rodolfo de Paoli’s side who had just 31% of possession and only 241 passes compared to Rosario’s 505, but as we all know what matters most is putting the ball in the back of the net. 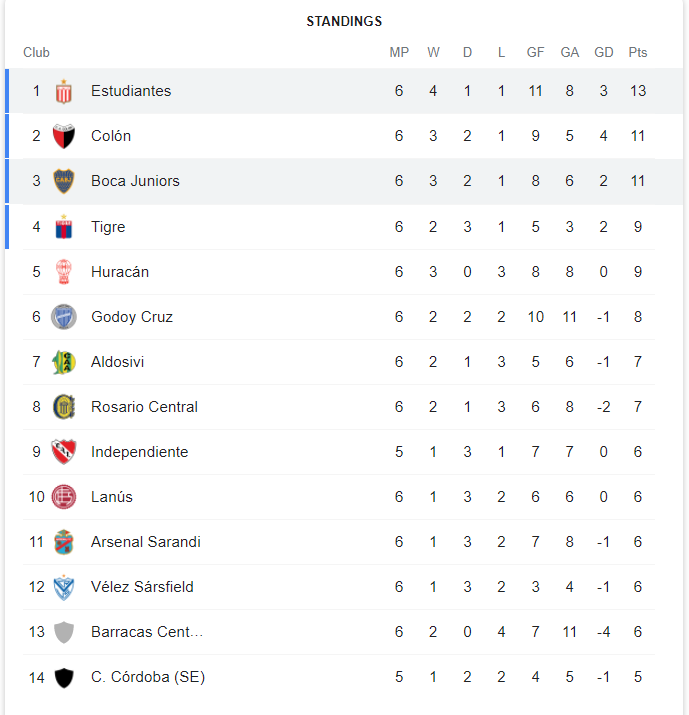 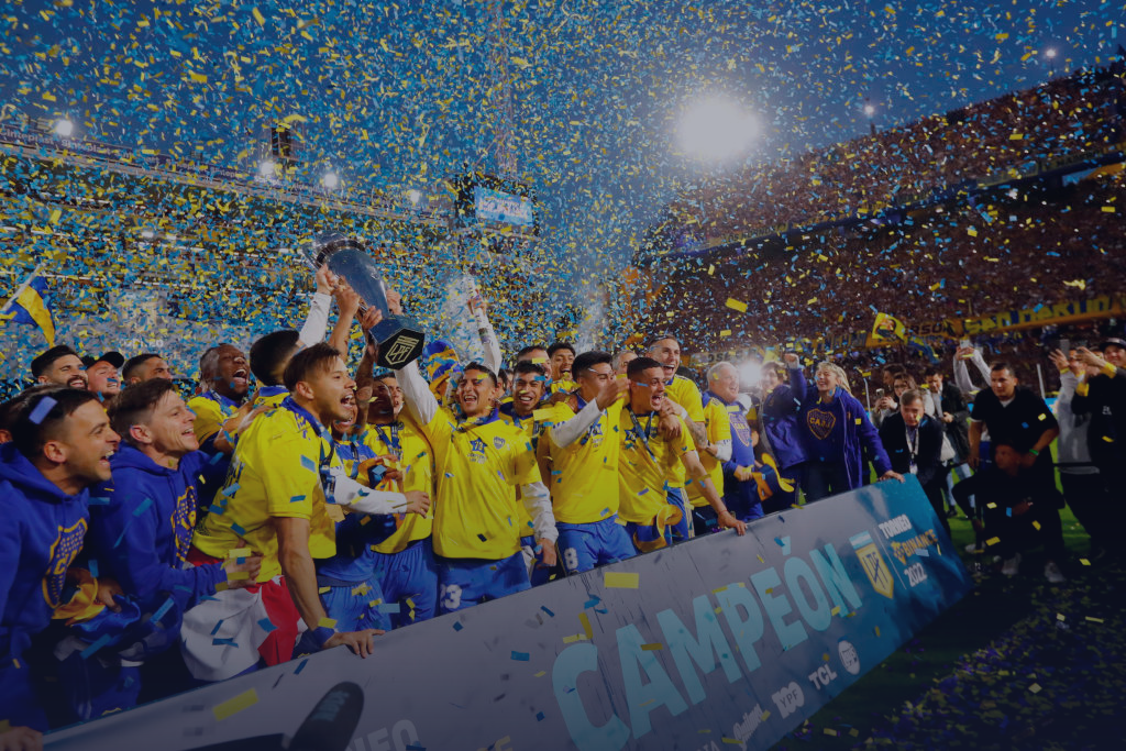 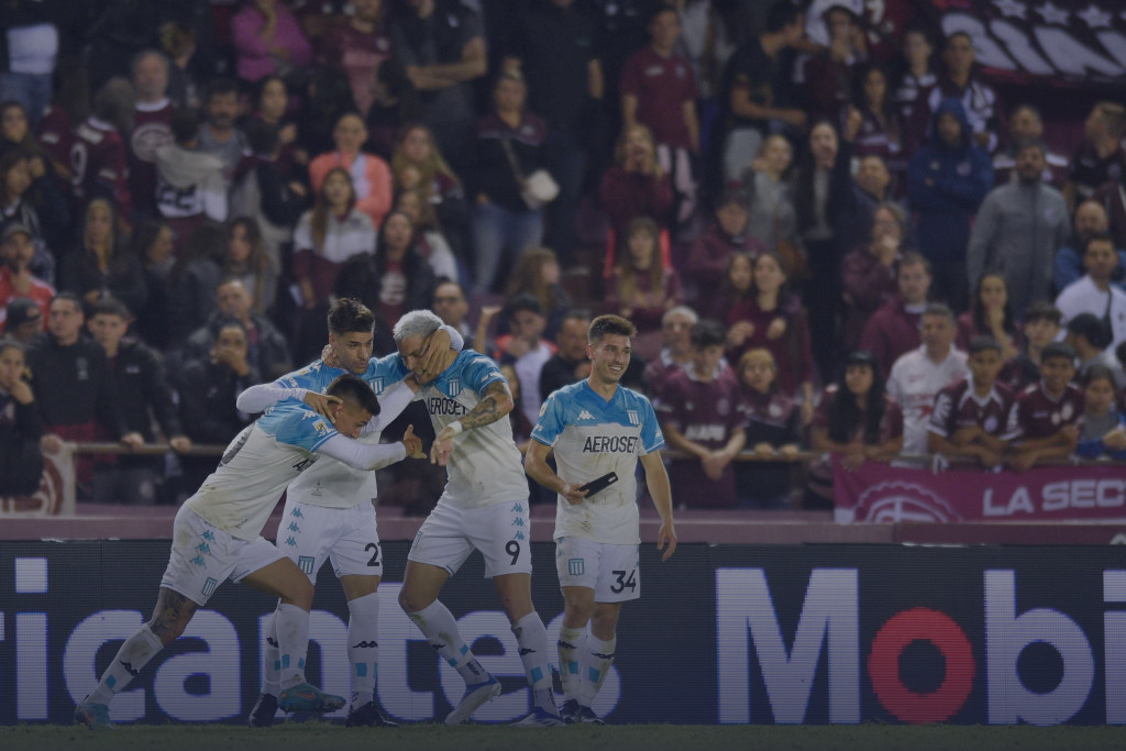 Liga AFA
Liga Profesional: Title Race Goes to Final Day as Gallardo Bows Out
The penultimate round of fixtures in the Liga Profesional saw some surprise results with Boca Juniors... 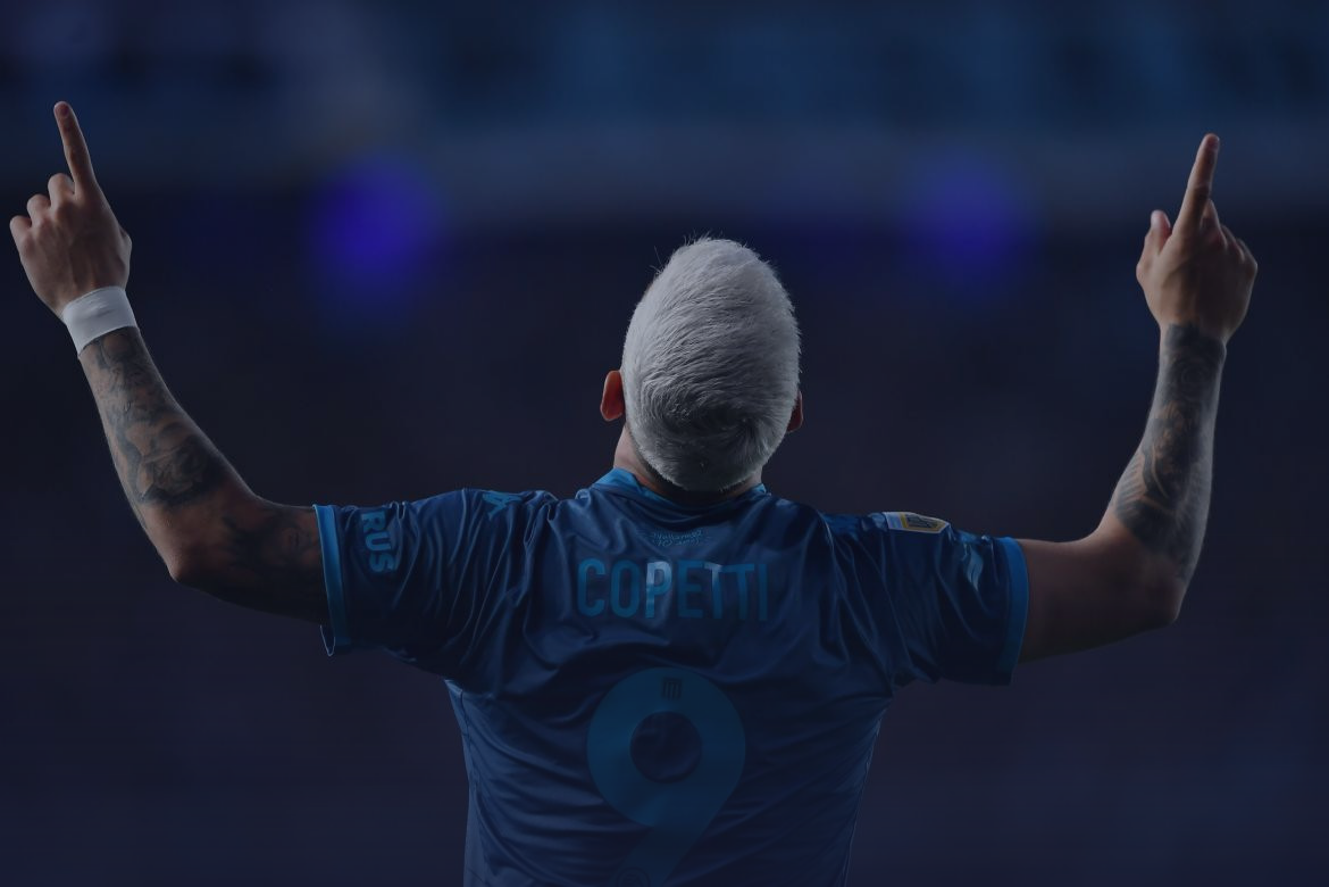 Liga AFA
Liga Profesional: Racing beat Tucumán as Title Race Intensifies
Tragedy in the last round saw a fan killed as police clashed with fans at the Gimnasia vs Boca Juniors...