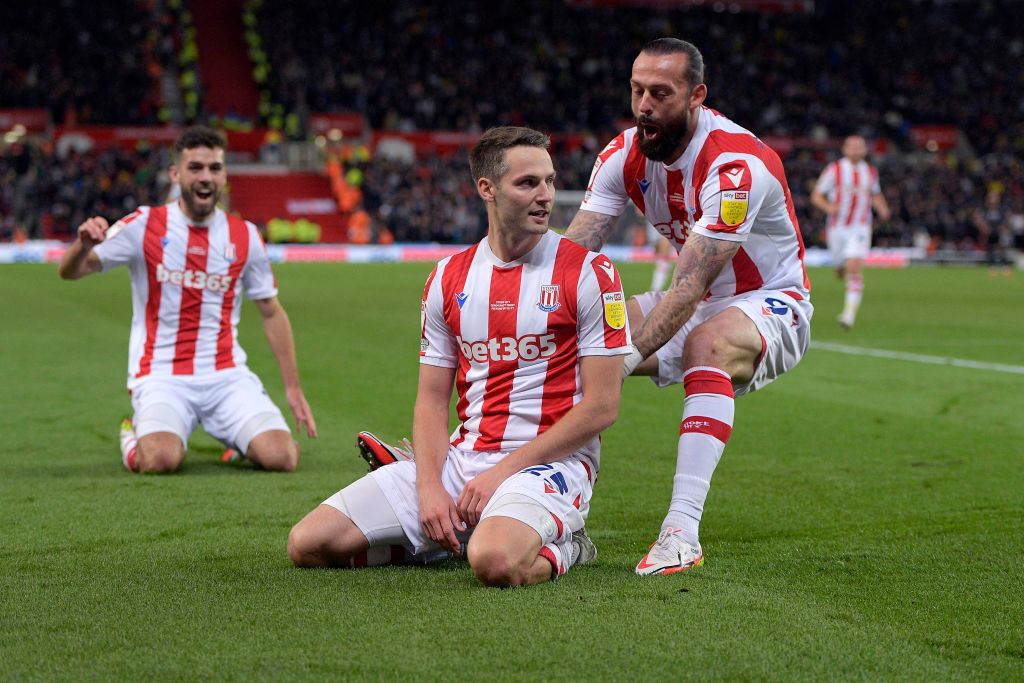 The weekend’s action began at the Bet365 stadium as Stoke hosted West Brom on Friday night. The Potters were unbeaten in four with only two losses this season.

The away side however were unbeaten in the league with a 6-0 League Cup defeat against Arsenal being the only blemish to their record.

Both sides started brightly but it’s the hosts who should have ended the first half in the lead. Baggies defender Darnell Furlong headed a back pass into his own net, but it was controversially ruled out for a foul in the build up.

The hosts stepped it up a gear in the second half and won a penalty with 20 minutes to play. Substitute Sam Surridge stepped up and his penalty was brilliantly saved by Sam Johnstone.

Stoke pushed for a winner and deservedly got it with 11 minutes to play when Nick Powell lobbed Sam Johnstone for his fourth goal of the season.

The win meant Michael O’Neill’s men went fourth in the table going ino the international break and West Brom lost for the first time this season in the League and were subsequently knocked off top spot.

Despite falling behind to an own goal, the Sky Blues hit back through a Matt Godden penalty, Ian Maatsen and a brace from Swede Victor Gyokeres.

Those goals were Gyokeres’ eighth and ninth goals of the season. The win also meant Coventry maintained a 100% home record.

Nottingham Forest maintained their upturn in form since appointing Steve Cooper to replace Chris Hughton with a brilliant 3-0 away success at Birmingham, with Lewis Grabban, Ryan Yates and Djed Spence grabbing the goals.

Away day delight for The Reds! 🔥

Hughton didn’t win a league game, however under caretaker boss Steven Reid and now Cooper, Forest have won three of their last four in the league.

QPR won a rollercoaster of a match against Preston 3-2.

After taking the lead through Lyndon Dykes, North End hit back through Emil Riis and Josh Earl. However, the R’s had the last laugh and secured the win thanks to goals from Jimmy Dunne and Ilias Chair.

Two teams in no form at all went head to head at the Weston Homes Stadium as Peterborough took on Bristol City.

The first half saw four goals with a curling strike and header from Ex-Robins midfielder Sammie Szomodics for the Posh.

A Rob Atkinson header and a finish from George Tanner for City, after David Cornell had originally saved a shot from Chris Martin. It was Martin who had the final say as it was his finish which secured a 3-2 away success for Bristol City.

The Robins have won four of their last five away league games, but their home form leaves a lot to be desired, with no maximum points picked up at Ashton Gate this season.

Hull secured a 2-0 victory against Middlesbrough for their first win since a thumping opening day triumph at Preston. Malik Wilks and a Joe Lumley own goal was enough for them.

Blackpool beat Blackburn 2-1 in a Lancashire Derby. Shayne Lavery and Jerry Yates got the goals for the Tangerines with the deficit being halved by Ben Brereton-Diaz for his 10th of the season, making him the league’s outright top goalscorer.

A late Murray Wallace header secured a win for Millwall at Barnsley. It’s the first time this season the Lions have won two in a row in the league.

Following West Brom’s defeat on Friday, Bournemouth were left with the only unbeaten record in the league and had to come from behind to beat Sheffield United 2-1 at the Vitality Stadium.

Morgan Gibbs-White’s goal was cancelled out by the Cherries through a Dominic Solanke penalty and Phillip Billing goal.

Cardiff City are in freefall and they lost 1-0 at home to Reading, with former Bluebird Junior Hoilett grabbing the only goal. They have now lost five games in a row.

Luton and Huddersfield played out a goalless draw at Kenilworth Road and beleaguered Derby held Swansea to the same scoreline.

Bournemouth are three points clear at the top after 11 games. West Brom’s defeat means they lie in second, while Coventry and Stoke have leapfrogged Fulham, who sit fifth after their heavy defeat. QPR are back in the top six after their win.

Hull are out of the bottom three following their first victory since the opening day. Barnsley, Peterborough and Derby make up the relegation spots.