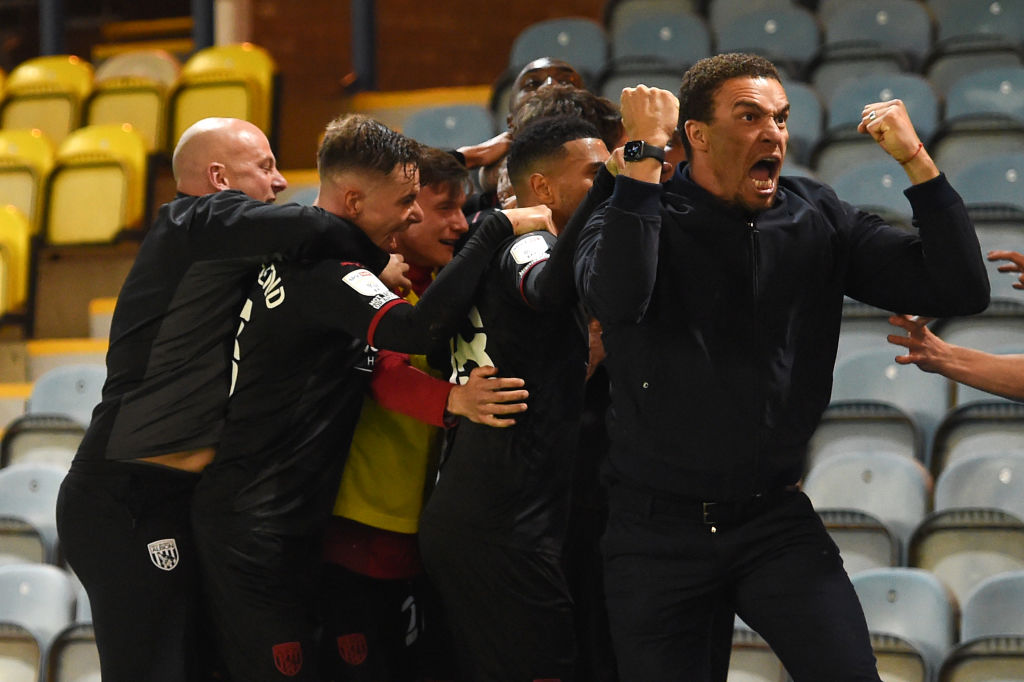 I was at Craven Cottage where two unbeaten sides met – Fulham and Stoke City. Fulham scored early on through Harry Wilson after great link up play between himself and Aleksander Mitrovic.

They nearly made it two when a Tosin Adarabioyo header was fantastically tipped over the bar by Stoke stopper Josef Bursik.

Bobby Decordova-Reid topped off what was a fantastic individual performance with the second goal again after a good bit of build-up play and Mitrovic added a third after a shot was parried and he was able to tap in from close range.

It could have been four when substitute Neeskens Kebano was brought down by Bursik in stoppage time.

The Serbian Mitrovic took responsibility, and the penalty was fantastically saved by Bursik.

The win leaves Fulham with four wins from their first five in the league – with their only minor hiccup coming against Middlesbrough at the Cottage on the opening weekend.

West Brom joined Fulham at the top of the table after their late kick off against Peterborough finished 1-0, with Semi Ajayi grabbing a late winner after a ball was played square into the box by Matty Phillips and Ajayi tapped home.

The Baggies unbeaten and have an identical record to Fulham, with four wins from five and only goal difference separating them.

QPR are also unbeaten but with three wins and two draws.

They beat Coventry 2-0 at the Kiyan Prince Foundation Stadium. Forward Lyndon Dykes was introduced from the bench after 67 mins, and a minute later, he scored the opening goal.

French defender Yoan Barbet got the second to round off the win with a close-range finish into the roof of the net.

Scott Parker’s Bournemouth are the only other side unbeaten with two wins and three draws.

They drew 0-0 against Hull with the best opportunity of the game coming for the Tigers as a Greg Docherty header smashed against the crossbar.

Brennan Johnson scored his first senior goal for Forest in the final 15 minutes. It finished 1-1 and left the pressure still on Forest manager Chris Hughton with his side still without a win after the first five games.

Bristol City came out on top in the Severnside Derby with Cardiff at the Cardiff City Stadium.

A fantastic individual performance from Andreas Weimann was rounded off with a brace either side of a Daniel Bentley own goal in a 2-1 victory.

Huddersfield continued their superb start to the season and jumped up to fourth in the table after thrashing Reading 4-0 at the John Smith’s Stadium.

The terrific win for the Terriers was topped off by a superb display from Sorba Thomas, who as well as bagging his first goal for the club, also contributed with two assists.

Middlesbrough and Blackburn played out a 1-1 draw at the Riverside. Sam Gallagher scored for Rovers with a superb, chipped finish from Jonny Howson giving Boro a point.

Both sides were reduced to 10 men late on as Hayden Carter was given a second yellow and Boro’s Sam Morsy a straight red card for a cynical tackle.

1-1 was also the result at Oakwell, as Barnsley played Birmingham.

A mix up in defence allowed Barnsley’s Callum Styles to smash past Matija Sarkic. Birmingham striker Lukas Jutkiewicz put his side on level terms with good footwork before a calm finish past Barnsley keeper Brad Collins.

Birmingham missed several clear-cut openings and had 14 attempts on goal and despite scoring five last weekend at Luton, they have seven all season including their goal in this game.

Elsewhere, Preston made it two wins in a week as they beat Swansea 3-1. The Swans opened the scoring in the 19th minute through in-form forward Joel Piroe.

Swans keeper Steven Benda was lucky to remain on the pitch after a challenge on Riis-Jakobsen only being punished with a yellow card.

Ben Whiteman scored from the resulting free kick as the ball bounced awkwardly in front of Benda and past him into the net for 3-1 which eases the pressure on manager Frankie McAvoy as North End claimed win number two.

Millwall and Blackpool went into their league game at the Den without a league win. The Tangerines search for a first win was not helped when Callum Connolly was sent off early on for a foul on Benik Afobe.

However, they took the lead through Shane Lavery before a Jed Wallace free kick and a Jake Cooper header in stoppage time gave the Lions the win and keeps Blackpool in the relegation zone, albeit after only five games played.

Lastly, Luton and Sheffield United played out a 0-0 draw at Kenilworth Road. Harry Cornick hit the cross bar with the best opportunity of the game which heaps pressure on Blades boss Slavisa Jokanovic.

His side remain without a win and only one goal scored after a poor start.