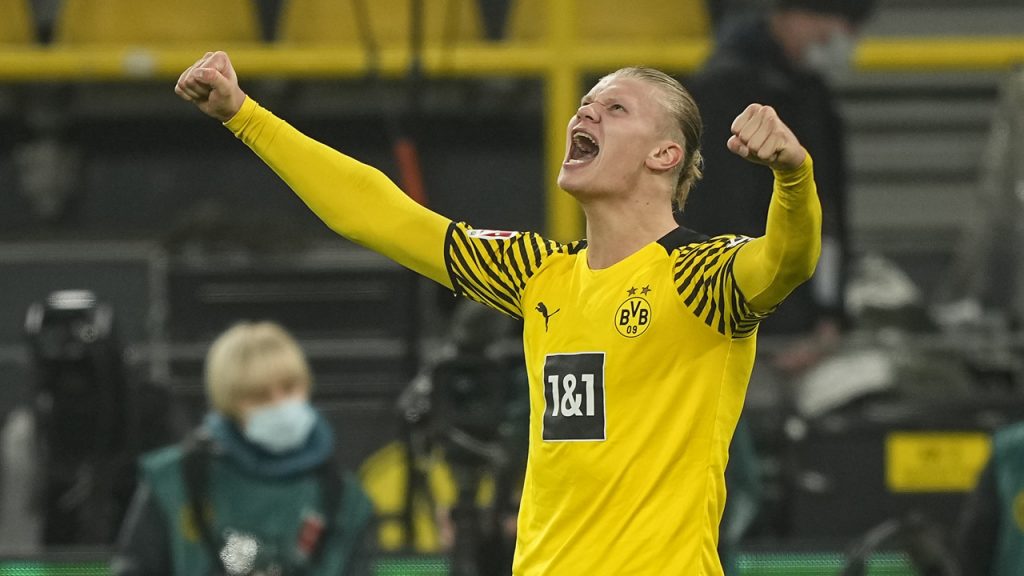 Second hosted third in the opening fixture of matchday 19 in what was expected to be a tight encounter. The home side’s morale-boosting comeback-win in Frankfurt last week has raised expectations and some hope of a Rückrunde title race, but faced a challenge against a Freiburg side who had already beaten Dortmund earlier this season.

However, there was to be no slip up from BVB this time around. Dortmund dominated the first half and took a 3-0 lead into the break: Erling Haaland returning to goal-scoring form to add a third in first-half injury time. The first two goals came from a more unusual source; two Julian Brandt corners were met by Thomas Meunier to score his first ever Bundesliga double. 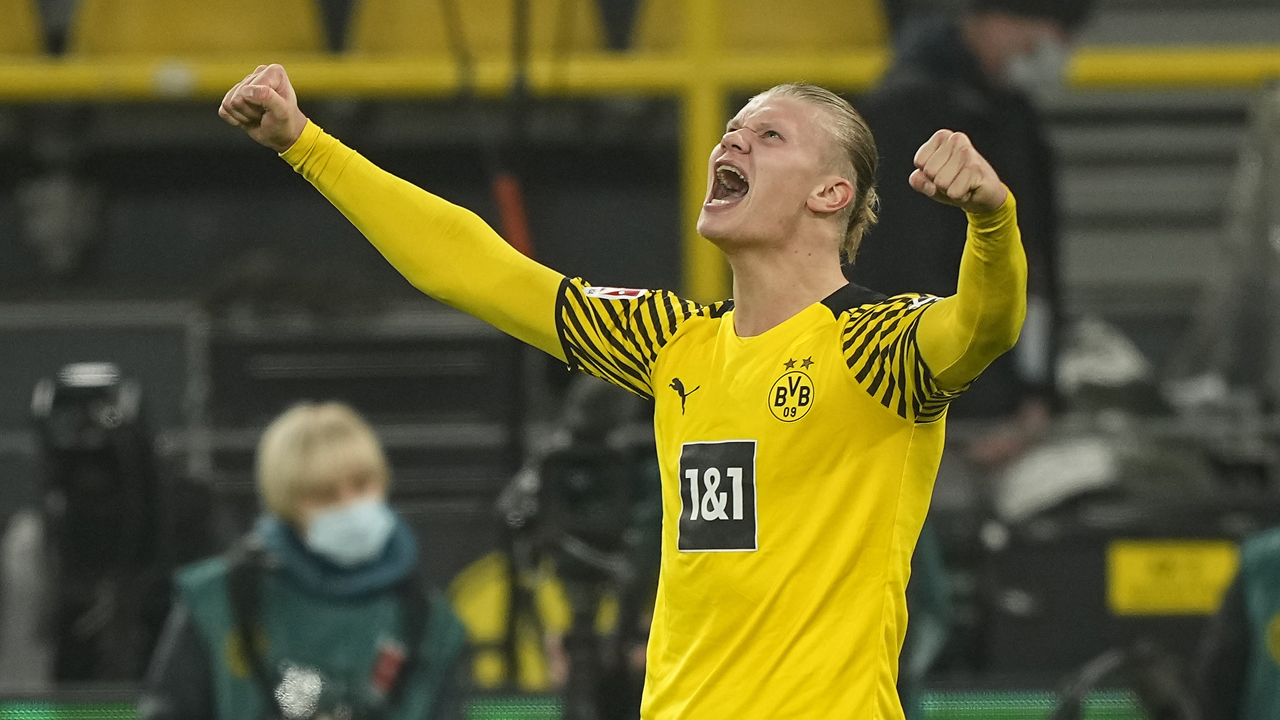 Freiburg gave themselves a glimmer of hope in the 61st minute, as Demirović converted a rebound after Roland Sallai’s shot could only be parried by Gregor Kobel. The comeback did not materialise however, as Haaland finished off Mahmoud Dahoud’s pass, before Dahoud curled a finish of his own with less than five minutes remaining.

Dortmund face another difficult tie away to Hoffenheim on Sunday as they look to maintain the pressure at the top. Freiburg drop down to sixth place with only one win in their last five games.

The Champions were pleased to welcome back Manuel Neuer to the starting 11 and Dayot Upamecano, Omar Richards, and Leroy Sané to the substitutes bench for this game.

Robert Lewandowski was up and running after nine minutes, putting Bayern 1-0 up with his 21st league goal of the season, the goal awarded after initially being ruled for offside. After 25 minutes, it was 2-0. Corentin Tolisso volleyed home his first goal of an injury-hit season after another Thomas Müller assist – Müller on 18 this term.

Köln created plenty opportunities to get back into the game, registering 12 shots on goal. Mark Uth had the ball in the net, but VAR again went against the hosts and ruled the strike out for offside.

Ondrej Duda, Mark Uth, Anthony Modeste, and Timo Hübers all had chances to reduce the deficit, but it was Bayern who were more clinical. Leroy Sané marked his return with assists for Lewandowski’s 22nd and 23rd of the season; the 300th of his Bundesliga career.

Bayern maintain a six-point lead at the top. They visit Hertha Berlin next week having beaten the Capital club 5-0 already this season. Köln travel to Bochum.

Die Werkself recorded their fifth win in a row in the Saturday evening kick-off. It was a much-needed win for Leverkusen after four games without victory as Gladbach failed to build upon last week’s triumph in Munich.

Both sides offered up an entertaining game, exchanging 49 attempts on goal, 32 of those for the visitors, but it remained goalless until the 51st minute. Marvin Friedrich’s clumsy challenge on Karin Bellarabi gave Patrick Schick the chance to score from the penalty spot, only for Yann Sommer to produce a great stop. Robert Andrich took advantage of a defensive lapse as he found himself free to side-foot home the resulting Florian Wirtz corner. With just over a quarter of an hour remaining, Patrick Schick was credited with his team’s second goal as he appeared to make contact ahead of Marvin Friedrich as Gladbach again failed to defend a set-piece. Die Borussia suddenly got back into the game; their turn to take advantage of poor defending from a corner, Nico Elvedi blasting into the net from close range in the 81st minute.

Bayer had the best chance to provide the next goal, Florian Wirtz brought down in the box by Jordan Beyer three minutes from time. It was Yann Sommer who again came out on top, this time denying Kerem Demirbay. It was an outstanding performance from the Switzerland international with 12 saves in the match, including from 10 shots inside the box.

Bayer Leverkusen move back up to third ahead of the upcoming visit of Augsburg. Borussia Mönchengladbach are seeking to avoid being dragged back into a relegation battle when they welcome high flying Union Berlin in match day 20.

Grischa Prömel scored his third goal in two matches as Union came from behind to defeat Hoffenheim. The side’s exchanged own goals in the first 22 minutes; Timo Baumgartl nodding Ihlas Bebou’s cross into his own net before Andreas Voglsammer’s header rebounded in via Hoffenheim ‘keeper Oliver Baumann. David Raum impressed for the visitors as Sebastian Hoeneß’s side pressed for the winner, but it was Prömel’s goal in the 73rd minute that secured the win.

Union, trailing fourth-placed Hoffenheim only on goal difference, are the latest unlikely contender for a top four finish. Union have lost just four times, only Bayern have lost fewer (three), and boast the fourth-tightest Bundesliga defence.

Andre Silva’s penalty and a Christopher Nkunku breakaway goal in each half gave RB Leipzig the win, but the visitors had Peter Gulácsi in goal to thank after a series of excellent saves. Stuttgart had the better of the game, with 16 attempts at goal and 10 on target – more than double Leipzig’s total. It was not enough to end a goalless run, which has now extended to five games; Die Schwaben have one won once since October and now find themselves in the automatic relegation places.

The points were shared in the relegation battle thanks to Gonzalo Castro’s equaliser seven minutes from the end. Masaya Okugawa put Arminia ahead early on, but goals from Jamie Leweling and Håvard Nielsen had Fürth ahead; clinical finishing saw the visitors score two of their three efforts on goal. Castro’s goal denied Fürth their first away win of the season, having to settle for a first away point instead. Bielefeld’s point lifts them above Stuttgart into 16th place.

It’s starting to get mighty tight down there 🔻

In the weekend’s other games, Augsburg and Eintracht Frankfurt drew 1-1; Daichi Kamada’s 22nd minute opener cancelled out by Michael Gregoritsch’s 38th minute equaliser. Mainz defeated Bochum 1-0 thanks to Jeremiah St. Juste’s winner early in the second half. Bochum missed a first half penalty; Sebastian Polter winning the argument with Miloš Pantović to take the spot kick which was saved by Robin Zentner. Wolfsburg welcomed visitors Hertha Berlin and had the better opportunities as the sides played out a goalless draw, a result that does not ease either side’s relegation concerns.

Share this:
PrevPreviousNFL preview: Playoffs get underway with Super Wild Card Weekend
NextEredivisie roundup, matchday 19: No mistakes for Ajax and PSV; Vitesse close in on FeyenoordNext