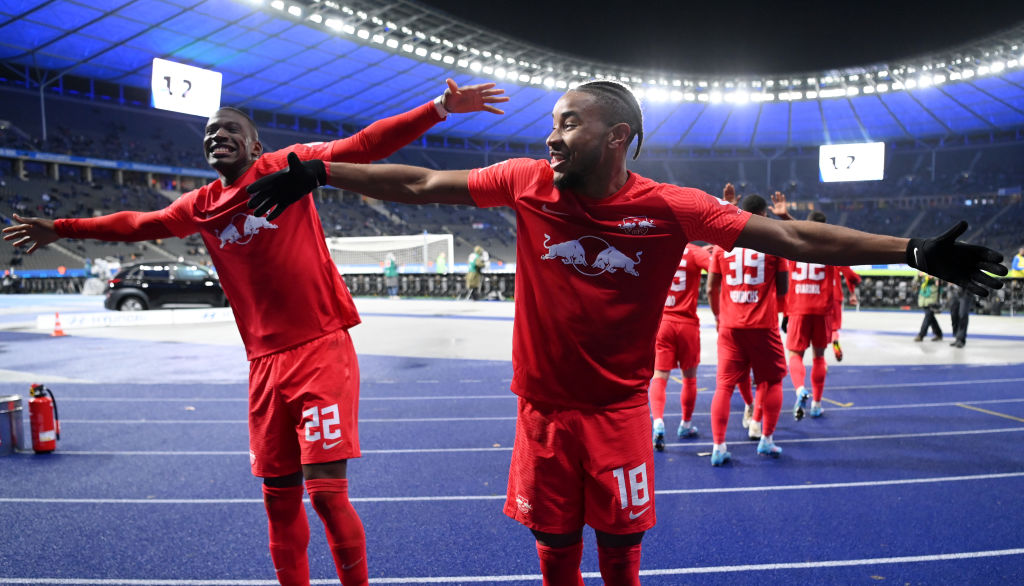 It was top versus bottom for a Bavarian derby at the Allianz Arena on Sunday, in what most expected to be a comfortable afternoon for the Champions. However, they had to come from behind to see off Greuther Fürth with two late goals adding a shine to the result.

Bayern struggled to get going in the first half, despite enjoying 78% of the possession, and failed to create any clear-cut chances. Last week’s defeat to Bochum was still fresh in the mind when Fürth took a shock lead in the 43rd minute. Branimir Hrgota’s free kick deflected off Marcel Sabitzer and into the Bayern net. It was a lacklustre first half from Bayern, managing just two shots on target, compared to Fürth’s three.

The visitor’s lead lasted barely a minute into the second half. The Fürth defence appeared to stop as Serge Gnabry kept the ball in at the touchline, his cut back was met by Robert Lewandowski for his first of the afternoon. Bayern took the lead just after the hour mark: Thomas Müller’s rifled cross went through the legs of Nick Viergever and Sebastian Griesback could do nothing to avoid the ball as it deflected past teammate Andreas Linde in the visitor’s goal.

Bayern maintain their six-point lead but face two tricky ties; they travel next to play out of form Eintracht Frankfurt – where FCB have lost their last two visits – before welcoming Bayer Leverkusen to the Allianz Arena. Greuther Fürth are ten points from guaranteed safety with just 11 games remaining, they will look to extend their five-game unbeaten run at home when they host Köln next weekend.

BVB returned to league duties amidst rising discontent following their mid-week European display: losing 4-2 at home to Rangers, which followed a heavy 5-2 defeat to Bayer Leverkusen in Dortmund. ‘Gladbach came into the game having put some breathing space between themselves and the relegation places in the previous matchday versus Augsburg. They had however only won once in Dortmund since 1998.

Dortmund’s goalscoring started in the 26th minute, as Marco Reus slotted home a parried save from the ‘Gladbach goalkeeper. Malen doubled the lead in the 32nd minute: Reus sending the Dutchman through on goal to squeeze the ball past Sommer.

Dortmund wrapped the game up in the 70th minute, as Marius Wolf grabbed his first goal of the season – making the most of Reus’s second assist. The fourth goal arrived four minutes later. 17-year-old Yousouffa Moukoko netted his first goal of the season via a third Reus assist. Reus would take a break from setting up the goals and return to scoring them with nine minutes remaining, running straight through the Gladbach defence to connect with Hummel’s pass. Reus scored two and set up three to take his direct goal contribution tally to 20 in 22 games. Emre Can scored from the penalty spot after a Ramy Bensibaini fouled Marius Wolf to wrap up the scoring.

A convincing performance as Dortmund return to form, but a shadow over the day was the injury to Gio Reyna in his first start in six months. The pressure has mounted again on Adi Hütter; only Hertha Berlin and Greuther Fürth have conceded more goals and his side have won just two of the last 12.

Friday night’s clash in Mainz pitted the best defence (24 conceded before kick-off) in the league against the second-best attack in the form of Leverkusen’s formidable front-line (58 scored). Mainz, starting the weekend in 9th, had scored only 31 goals, Union Berlin the only team to have scored fewer (29).

Both sides passed up opportunities to take the lead before Leverkusen eventually scored in the 35th minute with Patrik Schick’s deflected shot from twenty-five yards. Mainz felt aggrieved to be behind, having felt they should have had a penalty when Karim Onisiwo went down in front of goal.

The visitors held onto their advantage until the 57th minute when Aarón Martín fired home a free kick from just outside the area. Martin’s goal is the first direct free kick Mainz have scored since 2017.

Mainz thought they had gone ahead five minutes later, Karim Onisiwo with the ball in the back of the net, but the goal fell victim to a VAR check; Moussa Niakhaté offside whilst interfering with play. Instead, it was Leverkusen who scored next, Moussa Diaby with assist number seven this term, setting up Lucas Alario – on for the injured Schick – with little over 15 minutes remaining.

Mainz were chasing the game and made a triple substitution with 81 minutes played. Two of those substitutes would turn the game around in a dramatic final six minutes. Jean-Paul Boëtius equalised in the 84th minute, his spectacular volley from the edge of the box finding the top corner. Just four minutes later, Marcus Ingvartsen took advantage of some chaotic Leverkusen defending to poke Mainz’s winner beyond Lukáš Hrádecký; the Dane’s first goal since October.

B04 fall eight points behind 2nd placed Dortmund, Mainz are 8th and still in the chase for Europe.

Number six was the theme as Hertha made it six games without a win and conceded six goals to Leipzig for the second time this season – the third time in 12 meetings – whilst this was win six from six visits to the Olympiastadion for the guests.

There had been 19 minutes played when Benjamin Henrichs put Leipzig in front with goal two of the season, beating Alexander Schwolow at the second attempt.

Henrichs’ was the only goal of the first half, but the game to life after the break. Stevan Jovetić was allowed to run unchallenged by the Leipzig defence and his shot found its way to the bottom corner for Hertha’s equaliser – Jovetić’s sixth of the season.

The game turned in the 62nd minute when Marc-Oliver Kempf was shown a straight red card after bringing down Christopher Nkunku in the box. Nkunku made it 3-1 barely two minutes later, tapping home from close range. The Frenchman has 13 goals this season with six goals in his last six games. Substitute Dani Olmo had been provider for the second goal, and he scored his side’s fourth with little more than a quarter of an hour remaining. Amadou Haidara added a fifth from twenty yards before Olmo sent Yussuf Poulsen to complete the scoring with a wonderful, chipped finish.

Tayfun Korkut replaced Pál Dárdai in November and has won just two of the ten league games since. The Capital side remain in relegation danger, just one point ahead of Augsburg and four clear of Stuttgart in 17th after another difficult afternoon against Leipzig. In 12 meetings, Hertha have now won one, drawn one, lost ten whilst conceding 46 goals. RB Leipzig, holding onto 4th place with the win – a 3-2 defeat to Bayern in Munich the only time they have not won this year – move to within four points of Leverkusen in 3rd.

The Best of the Rest

Wolfsburg were denied a third straight win by Hoffenheim, who came from behind to win 2-1. January-signing, Jonas Wind, put the hosts in front with a spectacular curling shot in the 36th minute in a first half dominated by Wolfsburg. Hoffenheim struggled to create any clear-cut chances and failed to register a shot on goal in the first period. However, two goals in five second half minutes turned the game on its head. Jacob Bruun Larsen’s overhead kick and Andrej Kramarić’s winner 12 minutes from time gave the points to the guests.

Relegation-threatened Augsburg welcomed Europe-chasing Freiburg in a game which saw all three goals come in the first 26 minutes. Freiburg went ahead after three minutes thanks to Nils Petersen, the striker scoring in back-to-back games for the first time this season. Michael Gregoritsch equalised in the 16th minute, but ten minutes later, Nico Schlotterbeck scored what proved to be the winner as Freiburg won 2-1. Freiburg keep level with RB Leipzig and Hoffenheim; all three clubs on 37 points occupy 4th – 6th positions.

Substitute Anthony Modeste’s, 84th minute goal was the difference for the home side as Köln deservedly beat Eintracht Frankfurt 1-0. The visitors were under pressure for much of the game, but Sebastian Rode and Rafael Santos Borré passed up their best chances. Eintracht are 10th, six points from the European places – Eintracht have won just once in six attempts in 2022. Köln are 7th, two points behind the battle for fourth place.

Arminia recorded their second win of 2022 to stretch Union’s run of defeats to three games, winning 1-0 on Saturday. Masaya Okugawa’s eighth goal of the season decided the game in the 53rd minute. Bielefeld have now put three points between themselves and the relegation places as Union drop to 9th.

How are things looking for your side after the drama of #BLMatchday 23? 👀 pic.twitter.com/ebDA8vSrFu