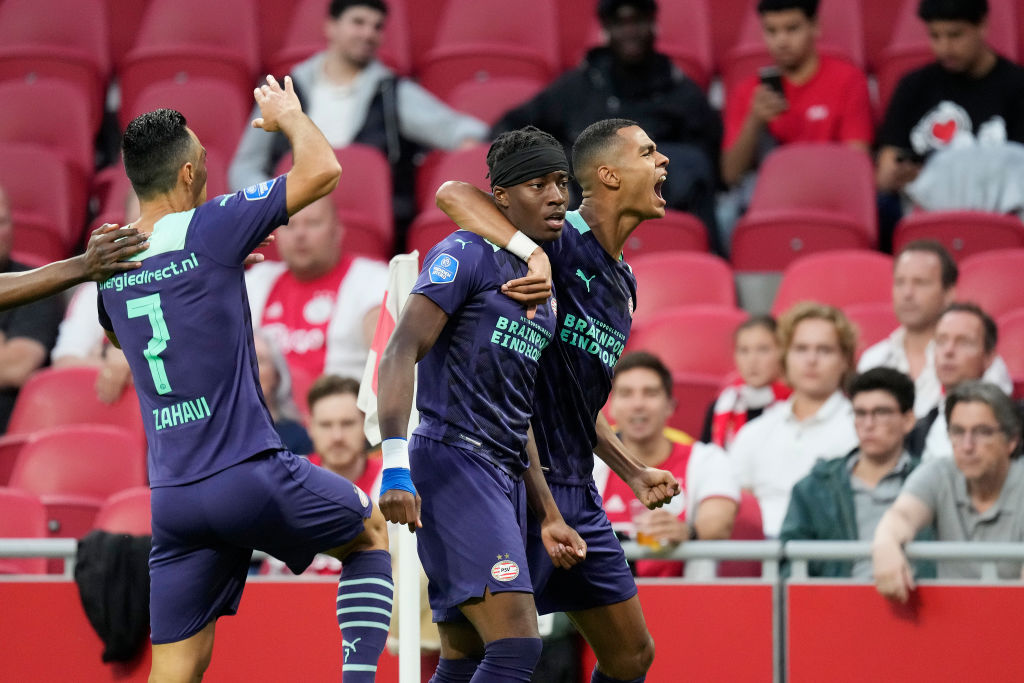 Season off and running

It’s time for another season of the Eredivisie and this piece assesses the title contenders and which sides might be going down.

Last week the 2021/22 season officially kicked off in Amsterdam where the Johan Cruijff Schaal was played between reigning champions Ajax and the runners-up of last season, PSV. Ajax went into the match as favourites, but faced a strong PSV side and lost the match 4-0. 19-year-old Noni Madueke scored twice as Roger Schmidt’s side tore Ajax apart.

Even though Ajax lost their first official match, they are still favourites to win the title again this season.

Last season the gap to PSV was 16 points and it is not expected that PSV will close this gap completely. Ajax have not been greatly active in the transfer market yet, however the signing of Steven Berghuis was a controversial one.

For the first time since Arnold Scholten in 1995, a player went directly from Feyenoord to Ajax.

This was only the fourth time in history this ever happened. Ajax paid only 5.5 million Euros for Berghuis due to a clause in his contract at Feyenoord. The clause was actually around €4 million but Ajax and Feyenoord agreed to €5.5 million in the end.

The side from Eindhoven have begun the season with a point to prove. They had to start their season a few weeks ago against Galatasaray in the UEFA Champions League qualification and hammered the Turkish side 7-2 on aggregate.

They then breezed past Midtylland in the next round, going through 4-0 on aggregate. With a place in the Champions League group stage on the line for the first time since 2018/19, PSV will face Portuguese side Benfica.

As routine for any Dutch side, they have had to sell one of their most talented players and this time it was Donyell Malen who has joined Borussia Dortmund for €30million But they have not missed him so far with goals coming in all directions.

In the five official matches, Mario Götze, Eran Zahavi and Noni Madueke have scored 11 goals between them and have formed an exciting triumvirate. They will hope to improve on last season’s showing, where they scored 74 goals – 28 fewer than Ajax.

A big loss will be Denzell Dumfries who is set to join Inter Milan after his strong showing at Euro 2020.

PSV are still looking strong and should close the gap to Ajax to create an interesting title race between the two giants.

In Rotterdam, new coach Arne Slot has arrived and will look to implement a more dominant playing style after a disappointing 20/21 season.

Feyenoord started the season in the new UEFA Conference League against Drita from Kosovo. After a 0-0 draw in Kosovo, Feyenoord scraped through, needing a 90th minute strike from Guus Til to save their skin.

Til completed his hat-trick with the late winner and he scored two more in the next round against Luzuern to mark an impressive start to the new season.

Berghuis will be a loss, who made 13 assists and it will hurt to see him move to arch-rivals Ajax. Feyenoord will hope new signing Alireza Jahanbakhsh can repeat his form shown in his last spell in the Eredivisie at AZ Alkmaar.

Feyenoord are likely to be fighting for third, looking up at Ajax and PSV in the table.

It’s not looking good for AZ at the moment with three key players moving on, all to Ligue 1.

Calvin Stengs was sold to OGC Nice for €15 million while Myron Boadu was sold to AS Monaco for €17 million. Goalkeeper Marco Bizot also left to Stade Brest.

Greek striker Vangelis Pavlidis, who scored 12 league goals last season for Willem II, has been brought in and he will expected to reach double figures once more.

However, most of the money has been used to replace the lost revenue from the effects of the pandemic and they have  yet to replace these players accordingly.

Fourth-place seems a realistic ambition but they will need a couple more signings.

Next week AZ will face either Celtic or Jablonec in a UEFA Europa League play-off qualifier with the winner reaching the group stages.

Champions of last year’s Eerste Divisie, SC Cambuur, should be strong enough to stay up, while for NEC and Go Ahead Eagles it will be a struggle.

It is hard to say who will be at the bottom three spots at the end of the season as also RKC Waalwijk, PEC Zwolle, Fortuna Sittard and Willem II could struggle. RKC Waalijk and Go Ahead Eagles would be my picks for direct relegation.