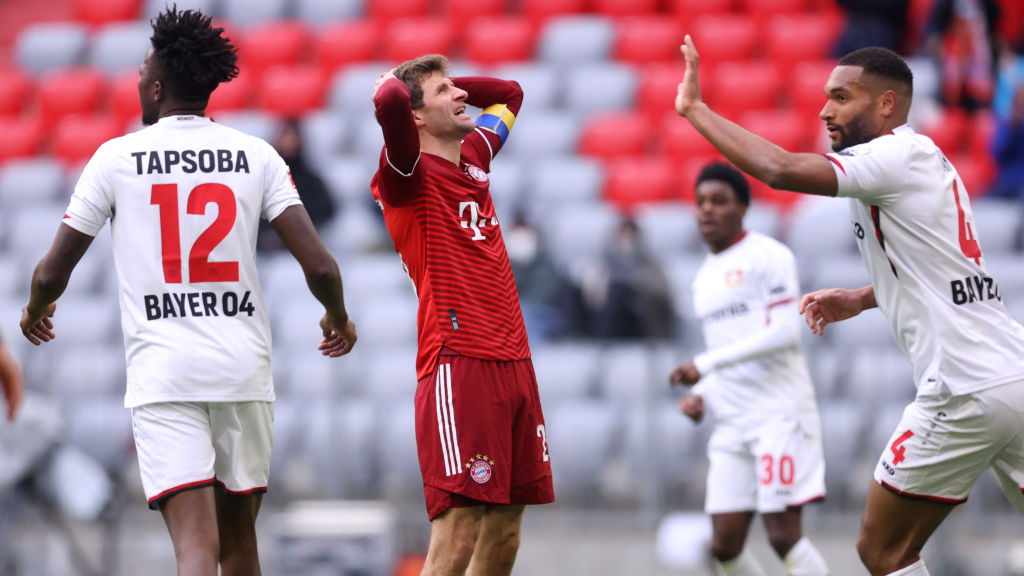 With a Covid outbreak in the Mainz camp forcing the postponement of Borussia Dortmund’s game at the weekend, Bayern welcomed Leverkusen knowing a win would extend their lead at the top to 11 points. Leverkusen demonstrated all the attacking power that has made them a serious threat this season, creating a number of changes in the game. Both goals came in the first half, from unlikely sources.

Niklas Süle put Bayern ahead in the 18th minute with his first goal of the season, but a career-first own goal from Thomas Müller levelled the score nine minutes before half-time. Bayern maintain a healthy lead at the top of the league, nine points clear with an extra game played. Leverkusen remain third but 4th placed Hoffenheim have closed the gap to two points. Mainz and Dortmund will play their rearranged fixture on the 16th of March.

Hoffenheim extended their run of wins against Köln to eight to close the gap to third-placed Leverkusen following their draw in Munich. Stefan Posch scored the only goal of the game in the 61st minute. Anthony Modeste passed up the best chance to equalise as Köln struggled to make any real threats in front of goal. With just two wins in their last five, Köln’s form has seen them fall five points behind the teams occupying the European places. Hoffenheim have bounced back from three defeats in a row with four successive wins and in a strong position for Champions League qualification.

RB Leipzig hosted SC Freiburg as they faced each other level on points in fourth and fifth. Freiburg took the lead in the first-half through Ermedin Demirović’s second goal of the season, but Angelino equalised in the last minute. RB dominated possession with 72% throughout the game and managed 14 shots on goal, but could not turn their dominance into victory. Leipzig have dropped to fifth with Freiburg, who have lost only twice since the turn of the year, finding themselves in sixth place.

Four points outside the top six is Union Berlin. Union have struggled for form since the return of Max Kruse to Wolfsburg and it was Kruse’s new side who inflicted the latest defeat. The Berlin club had 19 shots on goal but only four on target as they failed to cancel out Taiwo Awoniyi’s own goal. Wolfsburg’s three wins in five games has removed them from relegation trouble; they are now eight points ahead of the relegation playoff spot in 12th.

Important victory today, it wasn’t pretty at times but we hold on!

Occupying that relegation play off place is Hertha Berlin, who failed to halt a run that has seen them pick up just two points from seven previous games in 2022. This week’s defeat was again comprehensive, Eintracht Frankfurt winning 4-1 at the Olympiastadion. It is a defeat felt all the more troubling as it came against a side with their own struggles. Frankfurt had won just once in 2022 but Ansgar Knauff’s first goal since joining from Dortmund had them visitors ahead at the break. Tuta and Jesper Lindstrøm added goals after the break before Davie Selke gave Hertha come hope in the 61st minute. The hope lasted just two minutes until Rafael Santos Borré added a fourth to secure his side’s biggest away win this season. Eintracht are 10th, seven points behind the top six.

The chances of Bundesliga survival look bleaker for Greuther Fürth, as they went down 2-1 in Bochum. VfL took the lead through Maxim Leitsch in the 35th minutes, but Fürth hit back midway through the second half thanks to Armel Bella-Kotchap’s own-goal. Anthony Losilla netted the winner with 19 minutes remaining to keep Bochum a point ahead of Wolfsburg and occupying 11th place. Fürth have won 14 points this season and sit nine points from Hertha Berlin and 11 points from the automatic safety of 15th.

Borussia Mönchengladbach again threw away a two-goal lead, this time at VfB Stuttgart as the home side ramped up the pressure on the teams above them. Alassane Pléa and Marcus Thuram had Gladbach two up only for Wataru Endo to reduce the deficit in the 38th minute. Stuttgart dominated the game, missing four great chances, but Chris Führich equalised before Saša Kalajdžić placed the winner with seven minutes to go. Gladbach are in 12th but only five points clear of Stuttgart in 17th. Stuttgart move to within a point of free-falling Hertha and three of Bielefeld in 15th.

Arminia Bielefeld went down 1-0 at home as Augsburg recorded their first win in four games. Daniel Caligiuri has returned to the Augsburg starting line up and it was his goal that decided the game in the 50th minute. The defeat ends an unbeaten home run extending back to October for Arminia. Augsburg, having occupied the relegation play off spot for most of the year, are now 14th and are three points clear of Hertha.